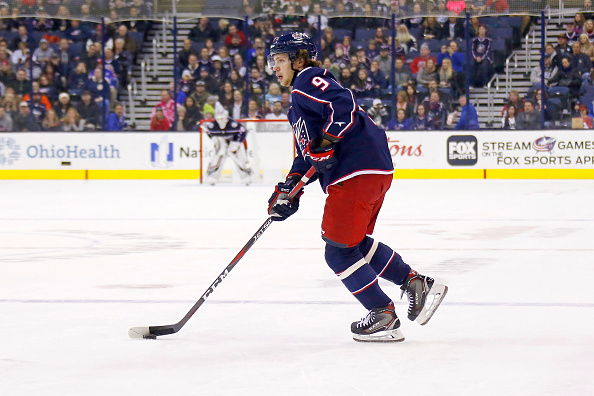 Trying to solve Artemi Panarin‘s future, that has been a very tough task for the Columbus Blue Jackets ever since the last season. Panarin is set to become an unrestricted free agent in July later this year. Now it seems improbable that he will be re-signing with the Blue Jackets.

Panarin’s agent, Dan Milstein, informed via his Twitter account that Panarin and his team will discuss a new deal in the offseason. That’s exactly the opposite of what the Blue Jackets hoped for. General Manager Jarmo Kekalainen now has to seriously consider what to do with Russian forward. Statement of his agent might just be translated to the shape of “Panarin wants out of Columbus.” Even though he is going to give his all in the rest of the season in Ohio.

Statement about Artemi Panarin’s future “We have informed the team that we are willing to discuss Artemi’s future after the season. Our priority now is to focus on the rest of the season, trying to win a Stanley Cup for the CBJ & their fans”. No additional comments will be made..

It’s quite unsure what the Blue Jackets will do before the Trade Deadline, which is just 27 days away from now. Lose Panarin for nothing in the summer, or get something for him in return in the upcoming weeks. That’s a huge question looming over Columbus’ management.

There are definitely some teams looking for scoring help and Panarin would be nice, but perhaps a costly addition. Panarin tallied 53 points in 46 games played this season and he has a reasonable salary cap hit of $6,000,000. It would still stand as a risky move to trade for Panarin without getting an assurance of his re-signing in the offseason.

Whether the Blue Jackets will trade him now, or wait until summer without trading him, Panarin will have a right to sign a seven-year deal with a completely different team. We take a look at two possible summer destinations.

The Rangers are one of the teams linked with Artemi Panarin. Trading for him before the Trade Deadline, that will surely not happen for the Blueshirts. However, summer signing is a different kind of story. Panarin reportedly wanted to ink his seven-year deal in the big city and big hockey market. New York is just a perfect example of a big city and a big market in general too.

There is a full rebuild mode going on in Manhattan. In the upcoming offseason, Kevin Hayes and Mats Zuccarello will be unrestricted free agents, forward Pavel Buchnevich and defencemen Neal Pionk and Anthony DeAngelo will become restricted free agents. Certainly, there will be a lot of cap space to make room for Panarin. It is not probable that the Rangers would become immediate Cup contenders right away, but Panarin is 27-year-old and he would sign a seven-year deal, right?

On the other side, the Blackhawks are dreaming of their reunion with Artemi Panarin. The Russian left-winger played 162 games with Chicago and recorded 151 points, plus added another eight points in 11 playoff games. In the summer of 2017, he was traded to Columbus in exchange for Brandon Saad. That time, General Manager Stan Bowman thought that reunion with Saad would pay its dividends.

But so far that hasn’t happened and Panarin is missed in Chicago. Talking about the big city and big hockey market, well if there is something comparable to New York, its Chicago. Panarin has 286 points in 289 career games, nearly a point-per-game producer. He would instantly provide help for the struggling Blackhawks. Chicago seems to breathe a little bit easier in terms of their salary cap situation, additionally forwards Marcus Kruger and Chris Kunitz will walk away in the summer as free agents. That will free up more than three million dollars in salary cap space.

One thing that is concerning when signing with either the Rangers or the Blackhawks that will bother both Panarin and his potential suitors is they are not immediate Cup contenders. This might be an issue for Panarin in seek of Stanley Cup glory, but also an issue for those interested. That’s why I would slightly prefer New York over Chicago. The Blackhawks have way too many big contracts for a long period of time, which cannot be said about the Rangers. Adding Panarin would maybe generate more problems than provide solutions.

His vision is clear – sign a huge seven-year deal now. And many teams would likely give that money to Panarin. Signing in Chicago or New York certainly remains a huge possibility. Undoubtedly, Panarin still recognizes his time in Chicago, but whether it makes that much sense for the Blackhawks, only time will probably tell. Nothing can be ruled out at this stage.