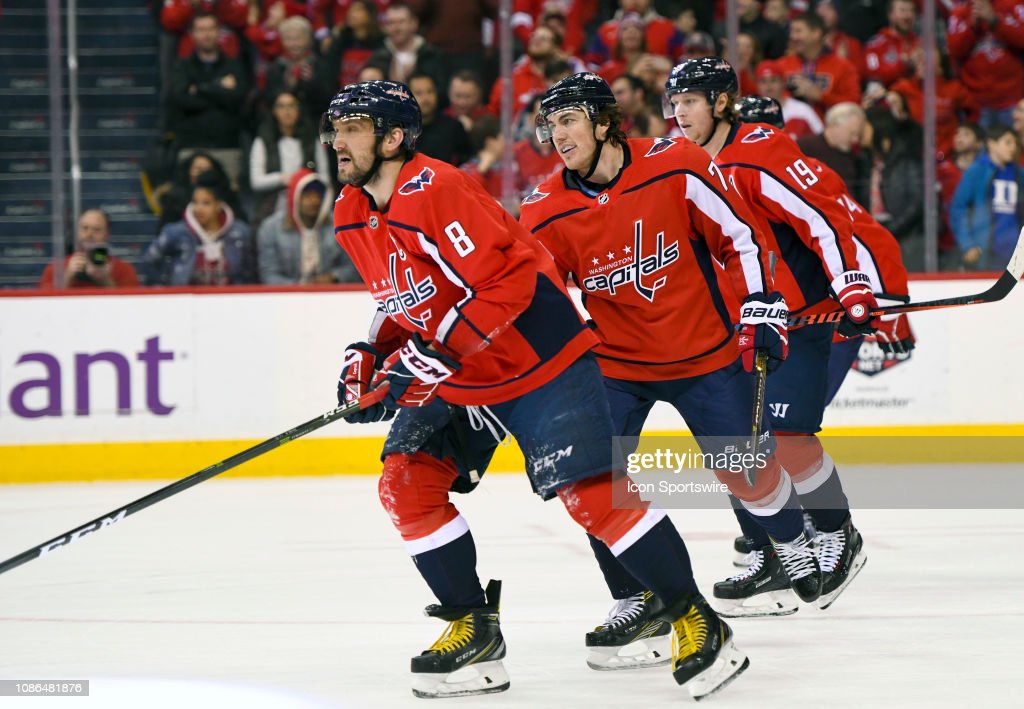 The Washington Capitals find themselves in a very uncomfortable spot headed to the All-Star break and a “bye” week break respectively. The Capitals have lost seven straight games. The defending Stanley Cup champions don’t remember such a losing skid. Five years ago was the last time that they endured such a string of consecutive loses.

The Capitals lost against the Toronto Maple Leafs on Wednesday Night hockey aired nationally across the United States and Canada and it was their seventh straight defeat. The last time this occurred was January 2014. That seventh consecutive loss happened on 24th of January 2014, so it is literally five years ago. That time the Devils beat the Caps at Prudential Center as Michal Neuvirth was in the net for Washington.

Capitals fans don’t like to be reminded of the 2013-2014 season when the Capitals didn’t make the playoffs and ended with 90 points in the standings. To make it more similar to the present case, that loss in 2014 came in game number 51 for Washington, last night´s defeat was game number 50. The Capitals have 60 points right now, five seasons back they had 52. Last season, however, after 50 games, Washington had 65 points and eventually won the Metropolitan division and of course the Stanley Cup.

There is still no room to panic for Washington, they still sit six points above the first non-playoff place, but Buffalo in this ninth place has two games in hand. Head Coach Todd Reirden finds himself under a lot of pressure, but it is not believed that he is in the hot seat as of now. Reirden was an assistant coach alongside Barry Trotz for the past four years and the Capitals management hoped he can take a step forward. Nevertheless, it seems as Washington might regret messing up contract negotiations with Barry Trotz last June.

Capitals in their worst slump over the years

The Capitals lost three games in a row and then they were able to end this losing skid versus the Red Wings earlier this month, which was considered “long”  back then. Washington won in Detroit, defeated the Flyers at home and two weeks down the road they won (once again) against the Bruins in Boston. Since that win at TD Garden, the Caps are winless.

In this time span, they lost two important divisional clashes at home versus the Blue Jackets and New York Islanders (they scored just one goal in those two home meetings). The Capitals also had a couple of embarrassing road losses, Nashville pounced them with a 7-2 beating and the struggling Chicago Blackhawks found a way to defeat them to an 8-5 fashion. At the very beginning of this losing skid, the Blues came into Capital One Arena in D.C. and won 4-1.

Being on a five-game losing streak with recording just two goals in three previous home defeats, the Capitals entered Tuesday night against the San Jose Sharks motivated to finally win. In a more than an interesting meeting, Sharks tied the game with one second to go in the third period and won in overtime with the final score of 7-6.

After such a heartbreaking loss at home, the Capitals had one more bite at winning before a lengthy break. Despite leading twice in the Wednesday nighter’ in Toronto, the Maple Leafs prevailed and in exchange, they ended their home woes in a 6-3 win.

What´s next for Washington?

Now the Capitals have eight days of break before they return back to the action next Friday. It won’t be anything easy for them, as they host the Calgary Flames, who currently lead the Western Conference. In addition to that, captain Alexander Ovechkin, who has four goals in his last two games versus the Sharks and the Maple Leafs, will be suspended because of skipping the All-Star Game in San Jose. There is at least something to be happy about for the Caps fans. After a possible eight straight loss, Washington hosts the Boston Bruins, whom they were able to defeat in 14 consecutive head-to-head meetings.

As stated earlier, the Capitals should not start to panic. Notwithstanding, Head Coach Todd Reirden had to listen and face a lot of criticism from his own fans calling for his head. Washington will definitely not fire Reirden, but they might be already starting to think about potentially different coaching solutions going to the next season.