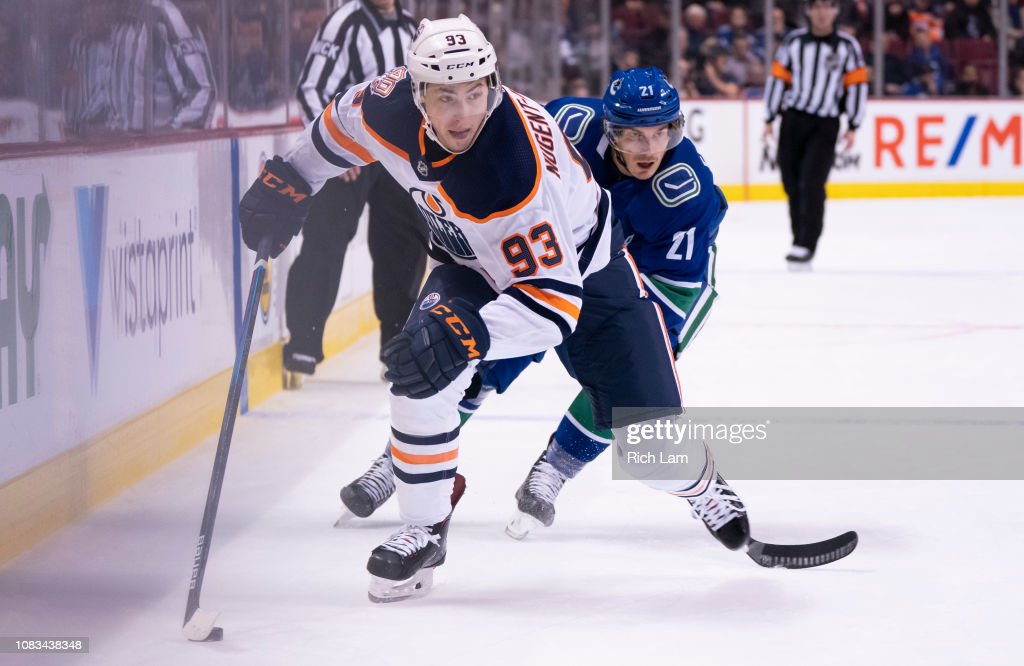 For a change, this particular Tuesday has a lighter offering of games on the schedule. Carolina Hurricanes and Calgary Flames are primed for high scoring as well as the San Jose Sharks at the slumping Washington Capitals. Detroit Red Wings at Edmonton Oilers round out my top three of the night. The Blackhawks can score in bunches but they are matched up against the number one ranked team in goals-against average, the New York Islanders.

Giordano is absolutely rolling right now with at least seven fantasy points in three of his last four games. The Flames will catch the Carolina Hurricanes in their second game of a back-to-back. Both teams are playing some of their best hockey of late and are getting lots of scoring from multiple sources. Giordano, over the course of his last five games, has five goals, four assists, 15 shots, eight blocks and has logged a hefty 24 minutes of ice per game.

This is a plus matchup for the Oilers. Edmonton is 5-5 in their last 10 games and still has playoff aspirations. Tonight they draw the Detroit Red Wings who enter this one having won only two of their last seven games allowing 22 goals during that span. Hopkins has provided the team with plenty of scoring over his last five and provides some salary relief compared to McDavid and Draisaitl. Hopkins over the last five games has seven points and 16 shots on goal.

This is more about the struggles of the San Jose Sharks coming into this home matchup for Alex Ovechkin and the Washington Capitals than fitting Ovie into your lineups. The Sharks have lost three straight to a combined score of 18-to-8. This game leans toward a higher-scoring type as both teams are built with an offensive-first mindset. It’s only a matter of time for Ovie to start scoring in bunches again, with the salary savings in play and the Sharks not being able to defend well, Ovie is a nice core play.

Fairly simple here, the Flames are flat-out rolling. until the Flames cool off, this is as safe as you can get tonight for stacking.

The Oilers aren’t playing as bad as people think right now. Yes, they seem to be hovering around the .500 mark for the better part of the season but head coach Ken Hitchcock is one of the best coaches in the league and has the luxury of having some of the best high-end talents at his disposal.

The Flames are on an offensive outburst of late and are getting contributions throughout the lineup. Neal’s veteran presence is no doubt only going to help Calgary for the duration of the season. Of late he is also chipping in with some scoring(12 shots, 3 points in the last 5 games) and is featured on the second line and second power-play unit.

Russell has cemented himself nicely on the defensive depth chart since returning from injury on  January 6th. Russell provides the Oilers with really good stability being paired up with Darnell Nurse on the top four defensive groups. Russell is a plus-four with 19 blocked shots since his return.  Also of note, Russell has logged over 20 minutes of ice in seven of his last eight games.

With Erik Karlsson being sidelined with an injury the Sharks will turn to multiple sources to stabilize the backend. Braun and Brenden Dillon are logging close to 20 minutes of ice per game over the last five games. Braun has also chipped in with three assists during that time. Another play to consider is Marc-Edouard Vlasic. He is a game-time decision however so it’s a good idea to perhaps hold-off and wait for confirmation.