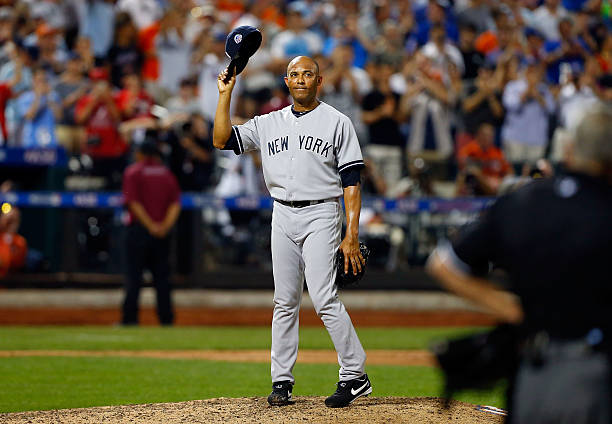 Not much can be said about Mariano Rivera that has not been said already. The iconic closer, who pitched 19 seasons for the New York Yankees, finds himself on this year’s Hall of Fame ballot for the first time. For Rivera, it is clear he will be getting the call. The question remains: How close to a unanimous selection will Rivera be when Cooperstown comes knocking?

Rivera was raised in a tiny fishing village of Puerto Caimito, in Panama. After finishing high school, Rivera began work with his father. During this time on the fishing boat, Rivera developed an affinity for both baseball and soccer. While resources were limited, Rivera compiled many items to refurbish into extra equipment, which he used.

At the brisk young age of 20 years old, the New York Yankees sought him out getting Rivera a contract to play professional baseball in the United States. Spending five years in minor league ball, Rivera leaped to the majors at the age of 25. During his time in the minor leagues, Rivera was nothing short of impressive. When it was all said and done, Rivera had compiled a 2.21 ERA across 1,115 games and a video-game like 205 ERA+.

Fast forward to 1995. Rivera arrived in the show, and to be frank, and it was a disaster of a debut season. To be fair to Rivera, he split time as a starting pitcher as well as saw time in the bullpen. As the Yankees did not necessarily know what they had in him, it was an excellent experiment while Rivera got his feet wet and sank his teeth into major league competition.

Rivera’s debut came in May against the California Angels, where he pitched 3.1 innings, allowing 5 ER, walking three batters and striking out five. It took Rivera just a little over a month, however, as by July he was rolling. On the 4th of July, Rivera faced the Chicago White Sox. In a phenomenal start, Rivera pitched eight shutout innings, walking four but striking out a whopping eleven. It set in motion a string of three straight quality starts and an impressive month.

By September, the Yankees realized how strong Rivera was coming out of the bullpen. He finished the regular season in the bullpen and stuck from there on out as a relief pitcher. As the club made their way to the postseason, Rivera was impressive in a small sample size. While the team ultimately spoiled a 2-0 division series lead, Rivera finished with 5.1 scoreless innings across three appearances.

In 1996, Rivera was firmly entrenched as a mainstay in the bullpen on his way to a future closer position. Across 107.2 innings, Rivera gave up just 25 earned runs for a finishing 2.09 ERA. For Rivera, the most impressive month was July, in which he did not surrender a single run over 17.2 innings. By 1997, he was the teams closer and would not relinquish the role for the remainder of his career.

His third season in the major leagues, Rivera posted an even better line in 1997, his first official year as the Yankees closer. He earned an All-Star nod, pitching to a 1.88 ERA over 71.2 innings, finishing with 43 saves.

Between 1999-02, Rivera posted four straight All-Star appearances, totaling 159 saves including 50 in 2001. The Yankees were in the midst of what would be three consecutive world championships between 1998-00, with Rivera earning the World Series MVP in 1999 in the teams’ conquest over the Atlanta Braves. Rivera over this span allowed just three earned runs. In other words, he was nearly untouchable.

The next eleven years would provide some of the most incredible pitching Major League Baseball has ever seen. In eight of those years, Rivera posted an ERA under two. Rivera also earned eight All-Star trips and even finished in the top ten for American League Cy Young voting six different times, including a top-three finish twice in 2004 and 2005.

His integral production in the 2009 postseason would ultimately help the Yankees capture their 27th world championship, as Rivera pitched 16 innings and giving up a single run and earning five saves.

As unanimous as it gets

We are a couple of days away from the Hall of Fame announcement, and Mariano Rivera is one name who is unanimous as it gets. We know he will not be a unanimous decision. However, Rivera is easily a first ballot selection.

Rivera’s career spanned 19 seasons, where fans saw him pitch into his forties. He finished his career with 652 saves, a number which may never be broken. Trevor Hoffman finished the closest to that number at 601.

Rivera also finished his career with a 56.2 WAR, which is almost unreal for a relief pitcher. His career 2.21 ERA, according to Baseball Almanac, puts Rivera as 11th overall in baseball amongst pitchers. Clayton Kershaw is the closest active player in career ERA to Rivera.

“The Sandman” as Rivera came to be known as will remain as one of the best players in the game’s history. When fans think of closers, he is the first person that comes to mind. If you grew up watching Rivera dominate night in and night out, count yourself blessed. Rivera brought an edge to the game and provided many beautiful moments whether you are a fan of the Yankees or not. When it is all said and done, Mariano Rivera will find himself in the Hall of Fame.