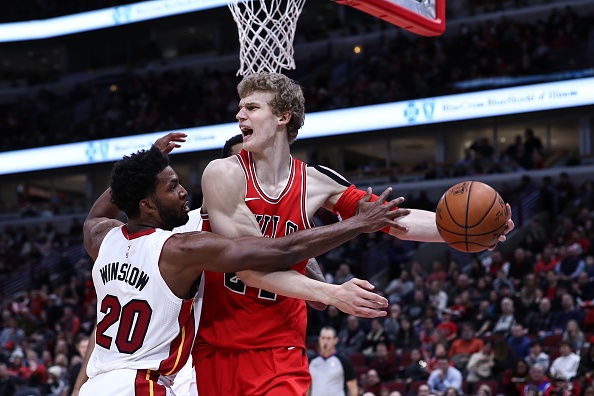 Here are my four takeaways from the Miami Heat‘s 117-103 victory over the Chicago Bulls.

It was Dwyane Wade’s final game in Chicago and he didn’t disappoint. Wade closed the game with 14 points, 10 rebounds, and seven assists – three shy of a triple-double. By scoring 14 points, the Bulls became the eight-team Wade has scored 1,000 points on.

For a guy who was close to retiring before the season, he’s been providing a scoring boost off the bench.

After sitting out Friday’s game against the Detroit Pistons with illness, Josh Richardson was back in the starting lineup and back in form. Richardson converted his first three shots of the second half to give Miami an eight-point lead, scoring 11 points in the third period. The Heat’s leading scorer finished with a game-high 26 points, draining four three-pointers.

With his outside shot off in the first half,  Dion Waiters went into attack mode to score 13-points second quarter that included six rebounds. This impressive performance provided a big spark for the Heat, who were struggling offensively. Waiters finished with a season-high 21 points for Miami.

Waiters was the third guard off the bench behind Wade and Tyler Johnson.

Free throws have been a season-long issue for the team. Miami entered Saturday’s game as the worst shooting team in the league from the foul line. On Friday night, the Heat shot an abysmal 5 for 19 attempts at the line. Saturday night was a little different, as Miami were a letter better from the charity stripe, finishing 14 for 23.

Miami Heat center Hassan Whiteside, who was 0 for 8 from the line Friday at Detroit, missed both of his two free throw attempts on Saturday. He’s shooting a league-worst 43% from the line.

Next up: Heat at Boston Celtics on Monday. The game tips off at 6pm ET.