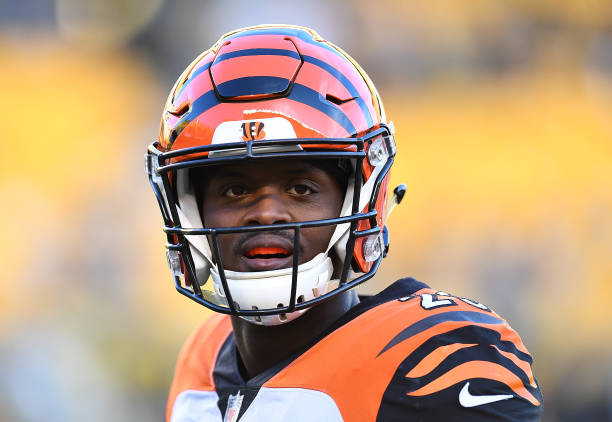 The Cincinnati Bengals started off the regular season 4-1 and seemed ready to make a playoff run. However, before you knew it they picked up five straight losses and lost seven out of their last eight, ending the season with a 16-13 loss at Pittsburgh and 6-10 record to finish out of the playoff picture for the third straight year.

November was miserable for the Bengals with the team announcing that Andy Dalton had been placed on injured reserve, after suffering a thumb injury against the Browns. Along with Dalton, a number of players on the offensive side of the ball were banged up for good chunks of the season, including A.J. Green, Tyler Eifert, Tyler Boyd, and Jake Fisher.

The Bengals would need Jeff Driskel to fill in. In his six-game stint as the Bengals starting quarterback, Driskel completed 59.7 percent of his passes for just over 1,000 yards, 6 touchdowns, and 2 interceptions. Don’t expect him to take over the starting job next season, if Dalton is sent out of town.

The defense was just a mess for the Bengals, ranked dead last in the NFL. Whether it was the 51 points given up to New Orleans, or the 500 yards allowed in three consecutive games – an NFL record – nothing clicked. They do have some of the pieces necessary for a good defense, however. Defensive tackle Geno Atkins and defensive end Carlos Dunlap were signed to extensions, while cornerback William Jackson and safety Jessie Bates are talented young players who could be among the next generation for Cincinnati’s defensive core.

Vontaze Burfict has not played a full season since 2013. Since signing a contract extension last season, it just hasn’t worked out, have it be because of suspensions and or injuries. Burfict’s history of concussions has become quite unsettling, to say the least. Having picked up his seventh career concussion during week 15 versus the Cleveland Browns, it’s very possible Burfict may just decide to retire if he has another one in the future. The Bengals will need to take a good hard look at his long-term future with the team during the offseason.

The Receivers and Running Game

It usually takes one or two years for talented wide receivers to breakout, showing why they were so highly touted. Year two for Tyler Boyd was supposed to be where he made his mark, but an injury and a lack of targets led him to just over 200 yards receiving. All it took was a relatively healthy 2018 season for Boyd to finally bust through, cracking the 1,000-yard mark along with 7 touchdowns.

The consistency was there, as Boyd recorded at least 80 yards in six games. A.J. Green is the clear leader of this talented Bengals receiving core, but Boyd did more than enough in 2018 to gain certain respect as far as dangerous receivers go. Young speedster John Ross followed up his injury-riddled rookie season, contributing a meager 210 yards on 21 receptions, he did put up 7 touchdowns to his credit, but he couldn’t take advantage of Green being out of the lineup. They may decide to look into the draft for another receiver.

Despite missing two games after undergoing minor knee surgery, Joe Mixon still ended up leading the AFC in rushing with 1,168 yards and averaged 4.9 yards per carry. He finished the season by rushing for over 100 yards in three of the last four games despite the fact defenses were able to stack the box against him, due to the losses of both of there top receivers A.J. Green and Tyler Boyd.

After 16 seasons, Marvin Lewis‘ time in Cincinnati is over. Fans had become very annoyed with the Lewis regime and feeling like the management didn’t care enough to make the necessary move to fire him, stopped showing up to home games. He leaves Cincinnati with a post-season record of 0-7, the worst in NFL history. For now, it looks like Zac Taylor is the front runner for the next head coach of the Cincinnati Bengals, according to a report from ESPN’s Adam Schefter.

Taylor spent the last two seasons with the Rams, serving as wide receivers coach in 2017, then the quarterback’s coach this past season. He also has the recent history in Cincinnati, having served as offensive coordinator for the Cincinnati Bearcats back in 2016. Because the Rams are still in the playoffs, the team cannot officially hire Taylor yet.

The Bengals will have the 11th overall pick in the 2019 NFL Draft, a position that they’ve only been in twice in franchise history. The most recent time the Bengals selected 11th overall was 1986 when they took LB Joe Kelly from Washington.

Devin White, LB, LSU, – Arguably the best linebacker in college football is going to the NFL. Devin White, the Butkus Award-winning linebacker, declared for the Draft, after deciding to skip his senior year. He was top 3 this year in the SEC, in both solo and total tackles. There is no doubt that a player like White could solve a lot of the issues the Bengals have at the linebacker position and would be the solid building block they were after. Should he still be on the board by the 11th pick?

Daniel Jones, QB, Duke, –  True the Bengals still have Andy Dalton under contract for the next two seasons, however, it may be time for them to start looking for his replacement in the draft. Daniel Jones, considered a top NFL quarterback prospect, announced he will skip his final season of college eligibility at Duke to enter the 2019 NFL Draft. Leading his school to an 8-5 record this season, he completed 60.5 percent of his passes for 22 touchdowns and nine interceptions.