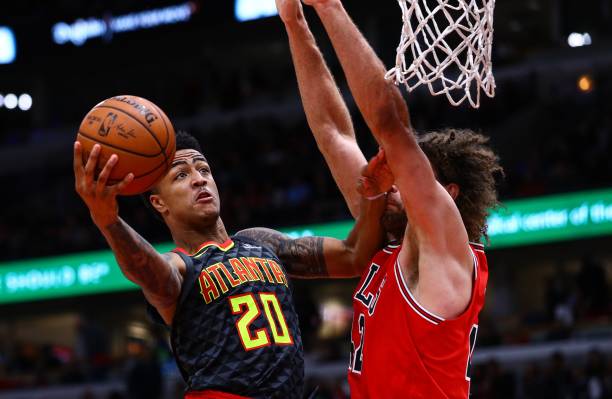 Last night, the Atlanta Hawks got a win over the Oklahoma City Thunder. A win over such a powerhouse Thunder team is a great sign for a young Hawks squad. Second-year player John Collins and rookie point guard Trae Young led the way for Atlanta.

Collins, who has been playing fantastic basketball this season, continued his stellar play last night, putting up 26 points on 12-of-14 shooting from the field and chipped in some points from the charity stripe going 2-of-3. Collins also grabbed 5 rebounds and tallied 2 assists on the night.

Rookie point guard Trae Young continued to show why he was such a highly touted prospect out of the University of Oklahoma. He would go 4-of-9 from beyond the 3-point line en route to 24 points, 6 rebounds, and 11 assists.

Alex Len also made a big contribution for Atlanta, putting in 24 points of his own along with 11 rebounds, 3 assists, 1 steal, and 2 blocks.

Dennis Schroder scored 21 points against his former team. Schroder had the last 11 points of the third quarter for the Thunder and was able to give his team a 100-97 lead. However, it would not be enough, as Trae Young would help the Hawks seal the game, putting up 13 of his 24 points in the final quarter of play.

Oklahoma City, one of the best defensive teams in basketball, just did not have an answer for stopping Atlanta. The Hawks were repeatedly able to get inside and find easy looks at the basket.

Thunder Coach Billy Donovan, in reference to his squad’s 126 points scored on the night, said: “That should be enough for us to win.”

Last night’s victory over the Thunder is certainly one for the Hawks to hang their hat on moving forward.