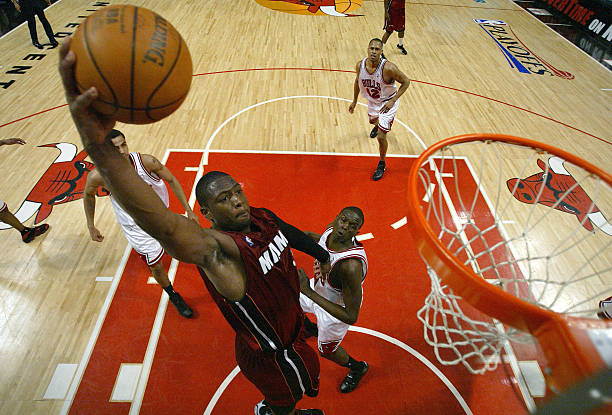 Wade made a name for himself early in his career with exciting dunks and a high-flying and fast-paced style of play. This style of play eventually earned Wade the nickname of “Flash” because of his speed.

In 2006, Wade would win his first NBA Championship alongside Shaquille O’Neal. Wade would also win the NBA Finals MVP award for his performance and averaged 34.7 points, 7.8 rebounds, and 3.8 assists while leading his team to their first championship in franchise history.

In 2010 the Miami Heat would sign LeBron James and Chris Bosh and form “The Heatles.” The trio would appear in four consecutive NBA Finals from 2010-2014, helping Wade win his second and third NBA Championships in the process.

Wade spent nearly his entire career in a Heat uniform. He would spend one season with his hometown Chicago Bulls and one-half season in Cleveland as part of the Cavaliers. In Cleveland, he would be reunited with LeBron but the duo was never able to capture the magic that made them so enjoyable to watch in South Beach.

The wear-and-tear on his body after so many years of playing in the NBA has caught up to him. Flash is no more but he will not be quickly forgotten in “Wade County.”