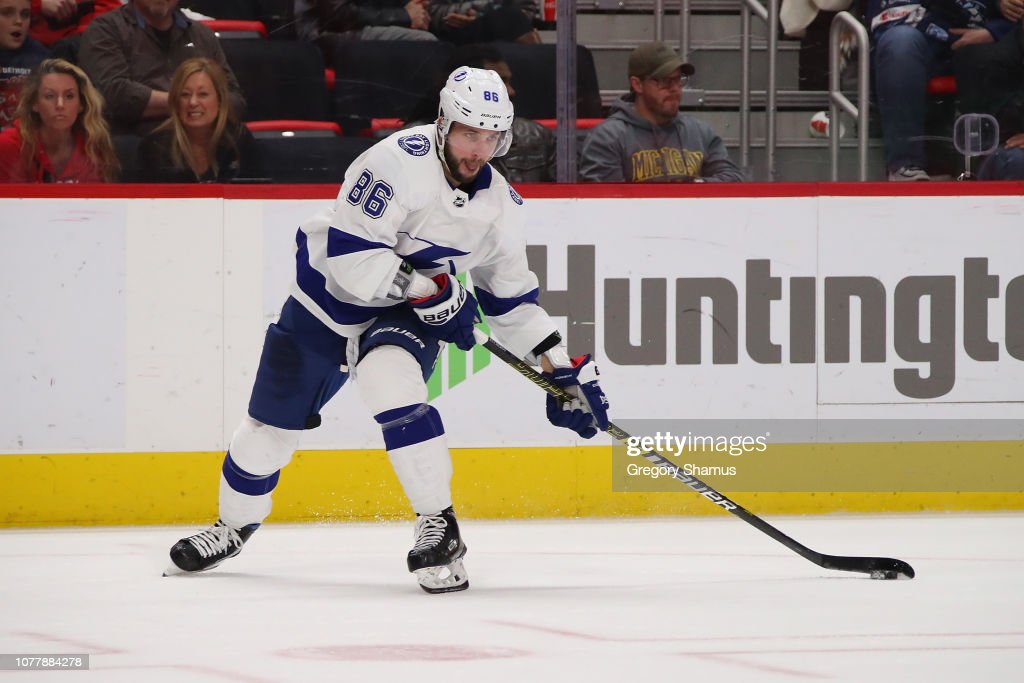 Guess who’s back on national TV again? Of course, it’s the Blackhawks. Someone inform NBCSN and whoever schedules national TV games that it is not 2015. Either way, Patrick Kane is on a hot streak. Kane has 13 points in his last five games and is riding a six-game point streak. He has five straight games with multiple points. The calibre of team that he’s going against does not matter, Kane should still go off against Lundqvist and the Rangers.

Right now, Kucherov is my Hart Trophy winner. I understand that this isn’t a hot take, but some people don’t believe the same as I do when it comes to this. Kucherov hasn’t recorded a point in his last two games (catastrophic, I know), but this trend won’t continue. He has 75 points on the season, so he’s a relatively safe play. Despite going scoreless over his last two games, he still has six points in his last five games. It doesn’t matter to me if Frederik Andersen is in goal or not, the Lightning still finds ways to score.

Boston is the only team coming off of a back-to-back, so of course, I have to pick against them. The Blues suck. Tarasenko is having a garbage year for his standards. He also is heating up with five points in his last five games. Tarasenko and the Blues will face Tuukka Rask who’s been one of the many inconsistent goalies of this season.

This game, or the Maple Leafs at Lightning game, should be the ones on national TV, but NBCSN loves the Blackhawks. Stupid. Well anyway, Arvidsson is averaging a point per game and is coming off of a hat trick. He has six points in his last four games, five of them being goals. Arvidsson is a very underrated player who, in my opinion, is facing an overrated goalie in Connor Hellebuyck. I’m a Preds fan too (Sabres in East), so I have to throw them a bone sometimes. But for real, I love this play tonight.

Even though I hate the Blackhawks, they’ve been pretty hot lately and I want to ride their power play line. All three of these guys have seen an increase in production in the latter half of the first half of the season. Jonathan Toews has five points over his last five games. He has 42 points this season, 11 of them on the power play. I already talked about Patrick Kane, but he has set up Alex DeBrincat really nicely. DeBrincat also has five points over his last five games, all of them goals, and 38 on the season. He has 12 power play points this season.

Filip Forsberg has played very well since returning from injury. He has four goals and one assist since coming back and I expect another one or two of them tonight for him. Ryan Johansen sets up players on his line nicely, with five assists in his last four games, and 34 helpers (and eight goals) on the season. Roman Josi does the same, with four assists in his last four games and

27 helpers on the season (and seven goals). This line has been playing really well now that everyone is healthy and is a real powerhouse when they catch fire.

Despite me picking against them earlier, I know that their offence should still have a good game against Jake Allen (if he starts) and the Blues. If Jordan Binnington starts, I’d be a bit more cautious about this stack but I’d still go for it. Pasta is heating up again, as he currently is riding a three-game point streak. Marchand has seven points in his last five games. Bergeron is a bit cold right now but that means fewer people will go for him and if he has a good game, it’ll pay off for you.

John Gibson has lost ELEVEN STRAIGHT starts! I know he doesn’t get any help from his offence, but people screaming for him to win the Vezina can stop now. He has allowed 35 goals in those 11 games, that being a GAA of 3.18. I don’t like picking Wild players because they’re too inconsistent, but you have to pick against a team when they’re ice cold. One may consider this a contrarian stack.