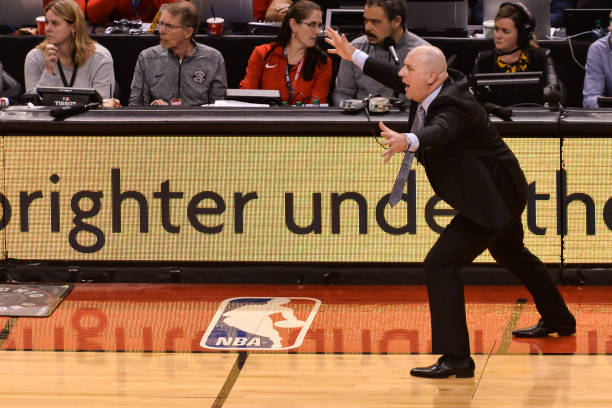 There has been a lot of news from Chicago so far this season. Most of it of the “not so good” variety.

After a 5-19 start, the move was made to fire coach Fred Hoiberg and it was announced that Jim Boylen would take over the head coaching duties.

Since Boylen took over, the Bulls have gone 5-14. That stretch includes a victory over the Oklahoma City Thunder, a team many consider a threat to Golden State’s dominance. Though beating the Thunder is noteworthy, the Bulls have also suffered two losses to both the Orlando Magic and the Brooklyn Nets, a 37-point loss to Golden State, as well as a franchise-worst 56-point loss to the Boston Celtics.

That franchise-worst defeat came just days after Jim Boylen was announced as the new head coach for the Bulls. Certainly a rocky start for a new coach expected to help develop a plethora of young talent.

To make matters worse, it was reported that the Bulls players had started a group text following the loss to Boston. The team had reportedly been deciding whether or not to show up to practice and details about holding a players-only meeting.

After all of that turmoil, the Bulls announced last week that Boylen’s contract would be extended through the 2020 season. The next night, Chicago would suffer a 37-point loss to Golden State followed by an 8-point loss to the Jazz. On Tuesday, Chicago extended their losing streak to eight games, falling to the Lakers 107-100.

While it was speculated that Boylen would receive the extension, I still find it to be a puzzling move for a team in Chicago’s position especially given the drama that ensued since Boylen took over. They have plenty of young talent that knows how to play well together despite struggling to win games. I think Chicago would have been better suited if they had waited until after the season to hire a new coach. There are sure to be coaches on the move and a somewhat wider pool to choose from after the season.

It will definitely be interesting to see if Boylen can be the catalyst to get the Bulls young talent developed and on the road to winning in a weak Central Division.