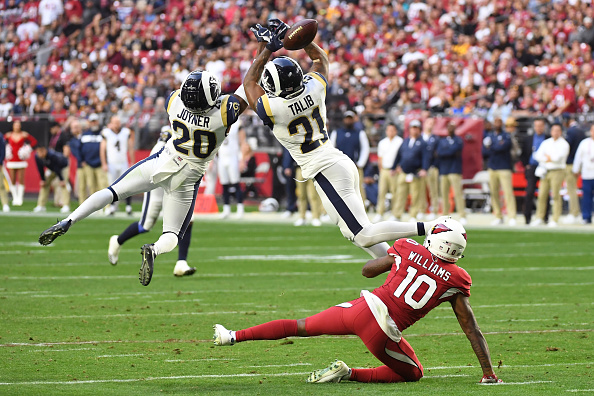 The Los Angeles Rams win over the Dallas Cowboys was their first playoff win since 2004. It gives them their first NFC championship appearance since 2001. Therein lies their biggest challenge of the season in the New Orleans Saints.

The Rams and Saints previously went toe-to-toe in Week 9 of the regular season where the Rams lost 45-35. The circumstances of their postseason matchup will be similar to their first meeting. New Orleans will host the Rams at the Mercedes-Benz Superdome which is one of the toughest places to play in the NFL.

Rams head coach Sean McVay spoke to this during his conference call per turfshowtimes.com:

“It’s going to be a great challenge, especially just having to deal with that atmosphere and that environment with those fans going crazy.”

New Orleans took it to Los Angeles in their first meeting. They put up 141 rushing yards on 34 attempts with two touchdowns on the ground as well. Their physical gameplan led to the Saints having an edge in time of possession. They led the time of possession with 33:41 to the Rams 26:19.

This game will similarly test the Rams physicality and resolve. Especially their defense. The Rams have been vulnerable on the defensive side of the ball in stretches this year. Particularly when they were missing starting cornerback Aqib Talib.

McVay spoke to how Talib’s presence does have an impact on the team:

Both teams have made ample changes since their Week 9 encounter and are entirely different teams since that Sunday afternoon. A Super Bowl berth is on the line and it will be interesting to see who will make the trip to Atlanta when everything is said and done.