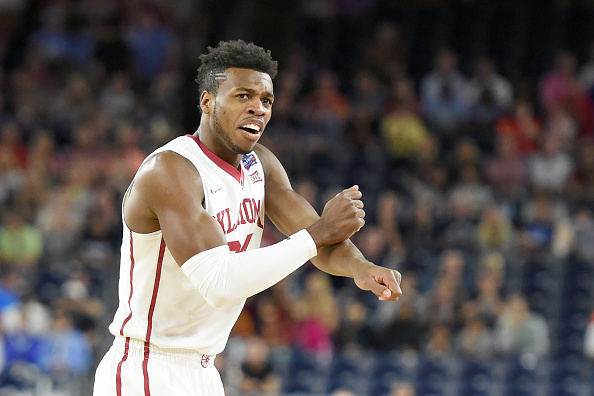 What a season thus far for Buddy Hield and the entire Sacramento Kings organization. It’s no secret that the Kings are at the top of most people’s list as the surprise team of the NBA as we enter the midway point of the season. The team is having success not many people had anticipated as of right now are .500 at 21-21 and sitting right outside the playoff picture in the 9th spot in the tough western conference.

But for Buddy he has shown the type of game that many expected from him as the sixth pick in the 2016 NBA Draft after an unbelievable career and more importantly senior season at Oklahoma that saw him averaging 25 ppg and not only winning the Wooden Award as the nation’s best college player but also leading his team all the way to the Final Four before falling to eventual champion Villanova.

Then came his rookie season in the NBA. After being drafted by the Pelicans he was expected to be an immediate contributor with his game being the perfect complement to Anthony Davis but he struggled to adjust to the NBA game as most rookies do but his time in Pelicans only lasted 57 games before he was one of the key pieces in the DeMarcus Cousins trade. The trade showed early improvement for Buddy as he saw his numbers increase as he was averaging 8 ppg with the Pelicans then with the trade and playing 25 games for the Kings he was putting up 15 ppg which saw him close his rookie season at 10 ppg while shooting a respectable 39% from three-point range.

There was no sophomore slump for Buddy as he saw good improvement over his rookie campaign but was only able to get in the starting lineup 12 times out of the 80 games he played. He was able to increase his scoring slightly up to 13 ppg as it was an adjustment for him playing on such a young team with a rookie PG in De’Aaron Fox. The adjustment period seems to be long over as we are in the midst of his third season and he is firmly having his best season as a pro. He is putting up the kind of shooting numbers many scouts predicted when he first entered the league and this season is averaging a career-high 20 ppg along with 5 rpg while shooting 44% from three. As evidence last week in a duel with the reigning NBA Champs the Golden State Warriors that saw Buddy put up 32 points in the loss but went 8-13 from three.

He most likely won’t be playing in the All-Star Game on Sunday quite yet but he should be able to find his way to the 3-Point Shooting contest on Saturday. With his play thus far it’s not far-fetched to think his name will be heavily mentioned in the Most Improved Player conversation. He is another player to add to the list of names to keep tabs on as we enter the second half of the NBA Season.