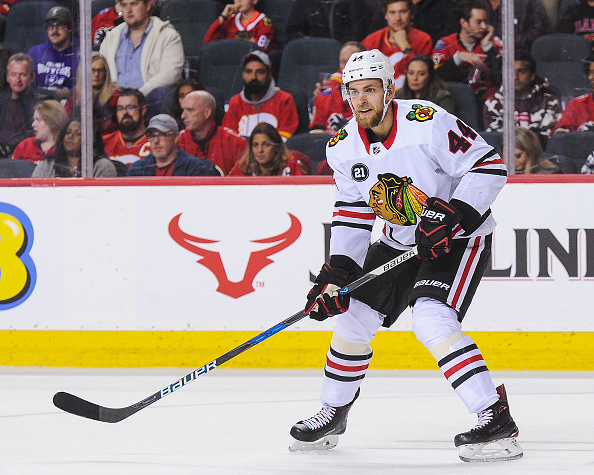 On Friday afternoon the Blackhawks sent Jan Rutta to the Lightning in exchange for Slater Koekkoek.

The trade provides a change of scenery for Koekkoek, who hasn’t lived up to expectations after being selected 10th overall in the 2012 NHL entry draft. He has just one goal in nine games played this season and one assist in eight games with the Syracuse Crunch.

For the Blackhawks and Rutta, it means the end of the road for the Czech international in the Windy City. After a promising slate of 57 games played last year he factored to be part of the Hawks blue line all year. However, a lackluster 23 games landed him in the AHL and now out of the organization.

The teams also swapped draft picks as the Blackhawks sent their 2019 7th round pick to the Lightning and received Tampa Bays 5th round pick in return. Chicago will now pick 7 times in the first 5 rounds of the 2019 draft. They also shed Rutta’s $2.25 Million cap hit and now have a ton of cap space to work with during the upcoming trade deadline if they choose to make waves.