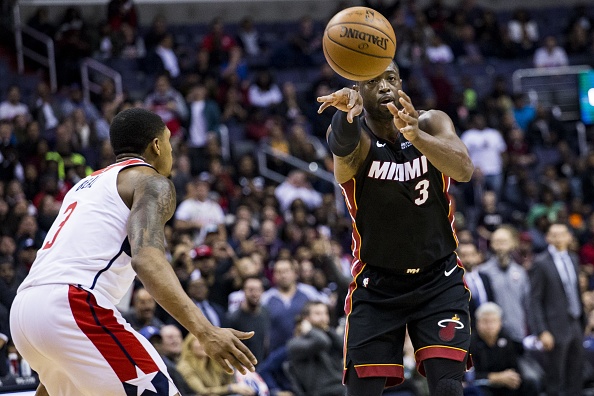 Here are my four takeaways from the Heat’s 115-99 win over the Boston Celtics.

On the other end, he made it tough on Celtics forward Jayson Tatum. Winslow also finished the night with 13 points on 5-of-9 shooting from the field.

Wade to the rescue

In the third quarter, the Heat were in danger of blowing a 26 point lead. They went nearly four minutes without a point as the Celtics went on a 16-0 run. Looking for relief points, Miami turned to Dwyane Wade. Wade made a 3-pointer to stop the Celtics run and scored eight points in the final four minutes of the quarter as the Heat took an 83-72 lead heading into the final period.

#FLASH brought some HEAT to the 3rd quarter tonight, check it out! ⚡️ #BOSvsMIA pic.twitter.com/cu7PunAtjd

Wade finished with a team-high 19 points on 8-of-12 shooting in 23 minutes off the bench.

After using a 10-man rotation for most of the season, the Heat went 11 deep against the Celtics. Dwyane Wade was the first guard off the bench followed by Dion Waiters. Derrick Jones Jr. also played after being out of the rotation Tuesday against the Denver Nuggets. The only players who didn’t play were Udonis Haslem and Wayne Ellington.
Playing 11 guys is one way the Heat can leverage their depth. But will Miami continue playing 11 guys going forward? It’s certainly something to watch for as the season progresses.

When Miami plays elite defense, they’re a tough team to beat. And it showed Thursday night against Boston. The Heat limited Boston to 99 points on 40.4 percent shooting. While the Celtics star point guard Kyrie Irving finished with 22 points on 10-of-19 shooting, Miami did a great job of slowing down the other guys.

Next up: The HEAT will host the Memphis Grizzlies on Saturday at 5PM eastern.