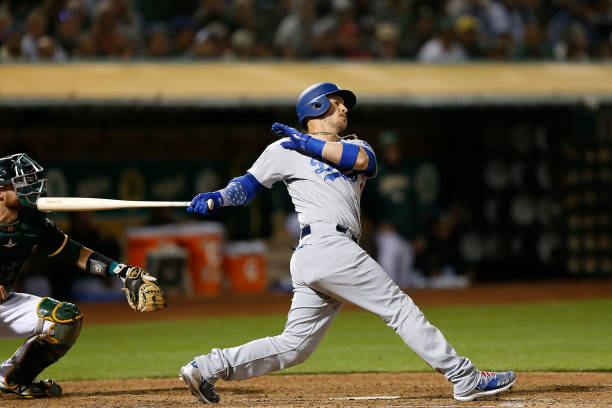 Last night the Milwaukee Brewers surprisingly struck a deal with the top remaining catcher on the market. According to multiple reports from The Athletic, Yasmani Grandal and the Brewers came to an agreement on a one-year $18.25 million deal.

Grandal had previously received two other offers before agreeing to sign with the Brewers. According to Ken Rosenthal, the two offers he had were the one-year qualifying offer from the Los Angeles Dodgers and a four-year $60 million dollar deal from the New York Mets. It’s quite interesting he chose the one- year deal over the four-year offer from the Mets, its a huge gamble on himself.

He had spent the last four seasons with the Los Angeles Dodgers. In four seasons with the Dodgers, Grandal had one NL All-Star selection in 2015. Last season Grandal had a slash line of .241/.349/.466. He slugged 24 HRs with a .225 ISO and 125 wRC+. Grandal finished with a career-high 3.6 WAR. The 3.6 WAR was 2nd in MLB among catchers only behind Miami Marlins catcher J.T. Realmuto who was an All-Star last season and is regarded as the top catcher in baseball.

The 30-year-old is one of the games best two-way catchers. He is elite offensively and defensively, although he struggled greatly in the playoffs against the Brewers. His playoff struggles led to him getting benched for back up catcher Austin Barnes. His playoff performance shouldn’t be worrisome in 2019 as he’s one of the most complete catchers in MLB.

The Brewers have struggled to find a top tier catcher since they traded away Jonathan Lucroy to the Texas Rangers in 2016. Last season the Brewers juggled around four catchers with Manny Pina and Erik Kratz splitting most of the playing time. Grandal will be the everyday catcher next season and the Brewers will have to decide between Manny Pina and Erik Kratz for the backup catcher role.

They’ll likely be in the thick of the playoff race all season having made the playoffs in 2018. With the addition of Grandal, the Brewers offense will be more explosive, the pitching staff will also benefit with Grandal’s excellent pitch framing. It’s a huge risk for Grandal to take a one-year deal, but if it pays off for him he will likely be the top free agent catcher after the 2019 season.

Grandal’s deal with the Brewers was first reported by The Athletic.