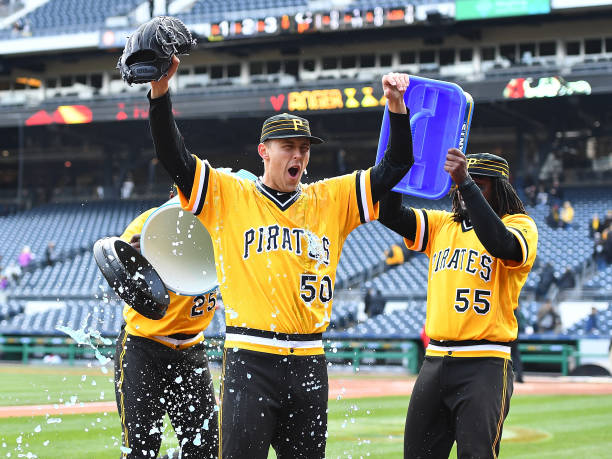 With Spring Training fastly approaching many questions still remain for the Pittsburgh Pirates. One area that they do not have to worry about is the starting rotation which could rank among baseballs best.

With the addition of Chris Archer at last years trade deadline, this group has a chance to be truly special in 2019. While Archer was a high profile addition the ace of the rotation is Jameson Taillon. He will be tasked with leading this staff as the Pirates try to secure their first postseason berth in three years.

Joining Taillon and Archer in the Pirates rotation will be Trevor Williams, Joe Musgrove, and possibly Jordan Lyles. Going into 2018 the expectations were not high for the Pirates, however, they surpassed all expectations. Each starter showed they could be successful at the major league level. The confidence in these four was reflected last month when veteran Ivan Nova was dealt with the Chicago White Sox. The trade left an open spot in the rotation that is expected to be filled by top prospect Mitch Keller at some point this season.

While Archer has ace-like stuff that title currently belongs to Taillon. The Pirates drafted him second overall in the 2010 draft. Since being drafted Taillon, has dealt with tremendous adversity including overcoming testicular cancer. Despite the challenges, Taillon showed last year that he could be a top of the rotation starter. In 32 starts he went 14-10 with an ERA of 3.20. What made his season more impressive was how Taillon rebounded from a rough start. He truly looked like an ace in the second half as he lowered his ERA that was 4.91 in April.

Taillon was not the only Pirates starter who broke out last season as Trevor Williams was equally impressive. In Williams first full season in the rotation, he went 14-10 with an ERA of 3.11. His ERA was the lowest of all Pirates starters and he held opponents to a .231 average. He was dominant in the second half recording an ERA of 1.38 in twelve starts. In seven of those starts, the Pirates righty did not allow a run. The Pirates were hoping he would be a serviceable middle of the rotation starter and heading into 2019 the expectations are much higher.

Rounding out the rotation will be Joe Musgrove who was impressive when healthy last year. Injuries limited him to nineteen games however he is expected to begin next season healthy. In 19 starts for the Pirates in 2018, he went 6-9 with an ERA of 4.06. It was an encouraging season for the right-hander who took some steps forward due to his pitch selection. Musgrove increased the use of his changeup which was his best pitch in 2018. This change led to an increased strikeout rate and the best ERA of Musgrove’s career.

Like Musgrove, expectations for the rest of the Pirates rotation will increase this season. Last year this group showed that they would not be defined by others opinions. The only question that remains is how this group will perform in a playoff race. While the answer to that question is still far away the playoff hopes of this team rests in its starters.