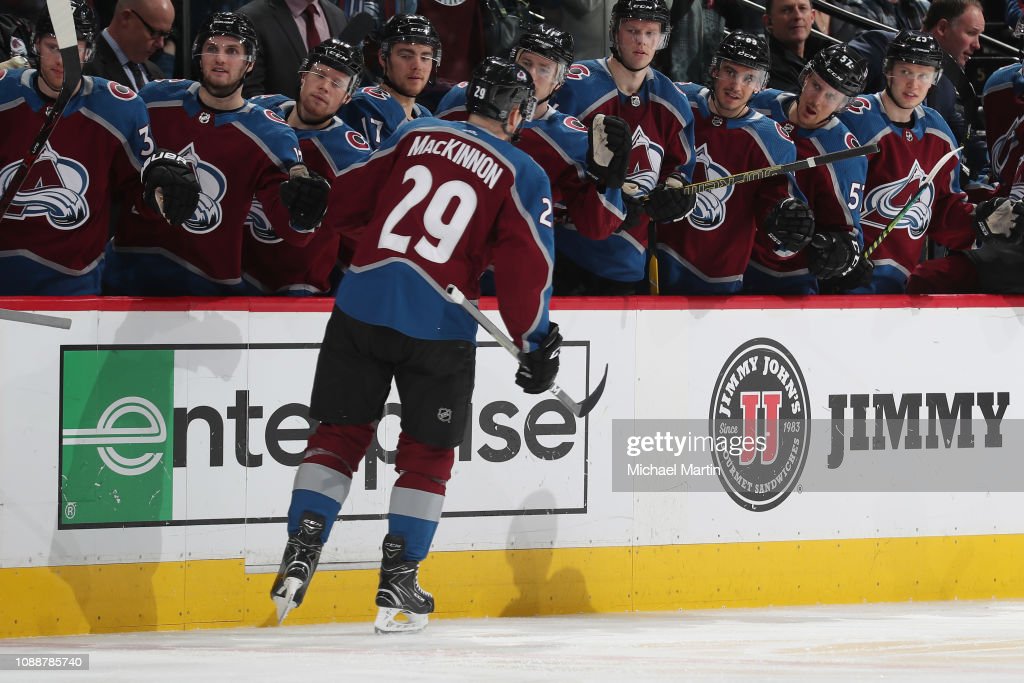 The Colorado Avalanche were one of the top stories last season. After having just 48 points in a miserable 2016-2017 season, the Avs bounced back with making the playoffs last spring. In the post-season, Colorado took it to heavy favorites Nashville Predators, but they fell short in Game 6 loss at the Pepsi Center in Denver when the Preds closed out the series with a resounding 4-0 victory.

The start was great, not so much now

Huge things were expected from the Colorado Avalanche promising and young team, however, not everything so far has been smooth as they were wishing for before the season. Yes, the Avs are still in a playoff spot, currently with 48 points, just three points above the ninth berth in the Western Conference, which means everything but the playoffs.

Colorado had a rocking start to the new season, backed by league-leading Mikko Rantanen in points and by Nathan MacKinnon, who was right behind young Rantanen from Finland. Believe it or not, Colorado has won just five out of their last 19 games. Recently the Avalanche snapped a six-game losing skid with a 6-1 beating of the Rangers last week. But now they have a brutal back-to-back behind them.

On Tuesday, the Avs lost 4-7 in Winnipeg, although they outshot the Jets 41 to 21. Philipp Grubauer has made just 14 saves and gave up six goals. Horrible story continued just 24 hours later in Calgary when Colorado outshot the Flames 35 to 16 but lost 3-5. Those are some terrible numbers to say at least.

Defense and goalies named as issues in Denver

Backup goaltender Philipp Grubauer is one part of the problem, Colorado signed the German goalie until 2021 for $3,333,333 per year. Grubauer so far has participated in 20 games this year, sporting a 3.29 goals against average and 89.5 save percentage. Last season Jonathan Bernier proved to be a much more reliable option as a backup and let´s not forget that Bernier earned a contract for three years for $2,750,000 per season in Detroit.

But the defense has not been kind for Jared Bednar and his coaching staff. The Avalanche gave up 141 goals this campaign, which is third worst in the Western Conference. Just Chicago Blackhawks and Vancouver Canucks have been worse in their defensive posture. On the other side, the offense is stellar, with 151 goals scored Colorado is ranked third best in the Western Conference just behind the Calgary Flames and the San Jose Sharks.

In their last meetings, the Avs lost 4-5 at home in Denver to San Jose, 4-7 in Winnipeg against the Jets and 3-5 against the Flames. The problem with this talented Colorado´s squad is more than clear here. A high-powered offense, but very poor defense. Offense wins you games and defense wins you Championships. The Avs momentarily seem not to be able to win games with scoring four goals and winning the shot-clock battle by outshooting their opponents by 20 shots or even more.

In the last 20 games played across the Western Conference, with 16 points the Avalanche are the worst team. That is not ideal by any means. Goaltenders have been subpar, the defense is horrendous, summer moves are left in doubt. The Avs have one key injury on their back-end, Russian defenseman Nikita Zadorov, who is more of an offensive Dman. GM Joe Sakic signed defenseman Ian Cole last summer. It is yet to be answered whether Rantanen with upset MacKinnon can lead the Avs all the way to the playoffs or will they pay a costly price for defensive woes.