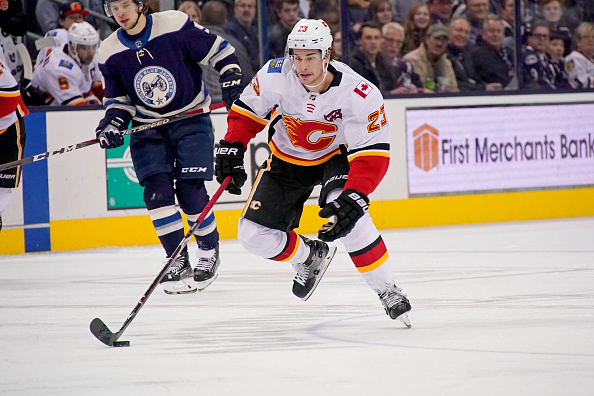 After such a monster slate we usually get a pretty dumbed down schedule and that’s just what is in store for us tonight. Three games to choose from, in order of games I like, Colorado at Calgary, Nashville at Chicago, and Ottawa at Anaheim.

This is a juicy match-up. Colorado is in the midst of a back-to-back after playing the Winnipeg Jets last night. They clearly have defensive issues and mediocre goaltending on most nights. Calgary won’t give them any breaks in this one as they possess the number three offense in the league averaging 3.57 goals per game. If you’re wondering what Johnny hockey has been up to lately, how about 13 points in his last five games.

Monahan has a nice price attached for this game. As hot as Gaudreau has been, his linemate has been equally as productive. 11 points in his last five contests as well as a team-leading 21 shots on goal over that span.

Speaking of nice price, Subban at $5,500 is pretty darn good. Subban is just getting back to regular playing time but everything seems to be on the up-and-up. Four points and averaging just over 20 minutes a game over his last five makes Subban a good play against the Blackhawks.

The Predators are a battle-tested team with middle-tier type talent throughout their forward group. Forsberg and Johansen are arguably the team’s marquee players. Forsberg is appealing here because of the discount we are getting based on Forsberg coming off the IR and a bit of reduction in minutes if he plays on the fourth line. Don’t worry, the Preds roll all four lines and he will get top line power play minutes.

Grimaldi has played well recently with five points in his last five games. An added bonus will be if the Preds continue to put Forsberg on his line, although this probably won’t last long. Grimaldi is still giving the Preds more then anyone expected and is a good value play.

Just couldn’t pass up Johansen as a value play. If the Predators start playing like they can, this is a dangerous team. Johansen is the number one center on a very good team, on a short slate like this, and a very good match-up, Johansen is a nice play and will give you room to spend more elsewhere.

Ducks struggle to score but a home game against the Senators gives you a reason to play at least one Duck. Henrique is a nice play at this price.

Frolik can also be a part of a Calgary stack at this friendly price. The Flames are flying high and they get the Avs on a back-to-back after allowing seven goals last night. Frolik has four points in his last five games.

Thanks for reading everyone! Good luck with your lineups!