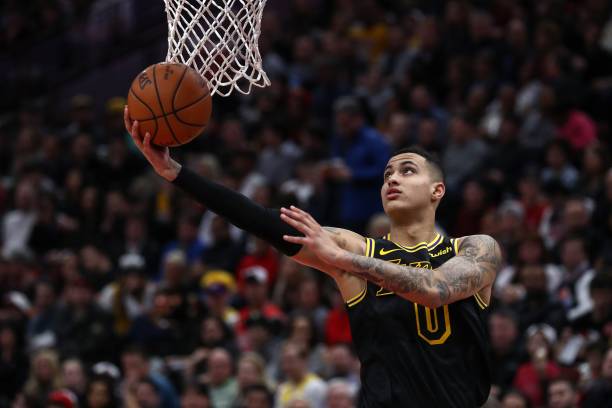 On Monday night, the Lakers and Mavericks took the court. This was a must-win game for the Lakers and they delivered the victory 107-97. The young core stepped up and helped right the ship for a Laker team that has struggled without LeBron James.

Laker fans have been patiently waiting for the young core of Lonzo Ball, Brandon Ingram, Josh Hart, and Kyle Kuzma to grow into the superstars they have been sold as. For the most part, their development has been slow.

Kyle Kuzma has done the most to separate himself from the other three but he struggled in his first game back from injury. Kuzma had 13 points on an abysmal 4-of-20 shooting.

Brandon Ingram would lead the way for Los Angeles with 29 points, shooting 12-of-21 from the field and 5-of-7 at the free throw line. Ingram also had three rebounds and six assists.

Lonzo Ball has been on an upward trend since LeBron went down with a groin injury, and he continued that trend against Dallas. Lonzo found ways to be effective throughout the night and contributed on both ends of the floor, with 21 points on 8-of-15 from the field and 4-of-8 from beyond the arc. Despite his good shooting from the floor, Lonzo struggled from the free throw line, only making one free throw in four attempts. Ball also had seven rebounds, five assists, and two steals.

Josh Hart was all over the court Monday. He made a mark early in the first quarter with his rebounding and that never changed as Hart would pull down 12 boards on the night. Hart would also chip in 14 points, albeit on just 5-of-13 (FG) and 1-of-5 (3PT); Hart did go 3-of-3 at the free throw line, which is encouraging given the way Los Angeles has struggled shooting free throws this season. Though Hart struggled to shoot the ball, his defense made up for it as he gathered five steals, anchoring the Lakers defense.

This was a very encouraging game for the Lakers and their young core. Ingram, Ball, Kuzma, and Hart led the way for Los Angeles. The way they were able to bounce back from two tough losses and then win a game on the road is a nice sign for a team with championship aspirations in the star-studded Western Conference.