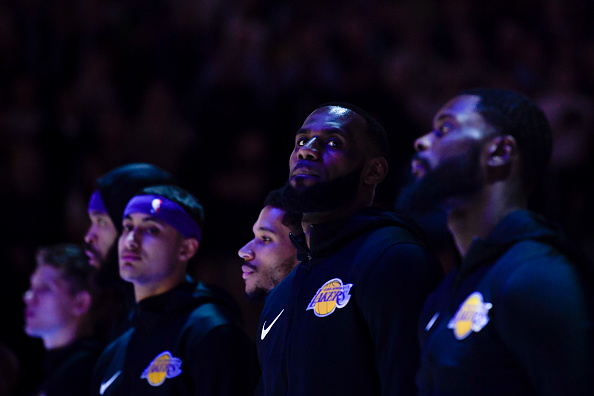 The Los Angeles Lakers have been awful without LeBron James and Rajon Rondo. If that wasn’t bad enough; Kyle Kuzma has been out for the past two games as well. They were not able to win a game last week.

Losing to the Thunder, Knicks, and Timberwolves. They were able to compete with the Thunder and keep up with them until the very end, losing that game 107-100. They should have won against the Knicks, but Kyle Kuzma was out that game along with LeBron and Rondo, so the Lakers’ bench was very slim. They lost that game 119-112. Then on Sunday, they completely fell apart against the Timberwolves, losing that game, 108-86.

It was announced on Friday that LeBron would be re-evaluated in one week. Meaning, he could possibly be back in action on Friday against the Utah Jazz, or he could back Sunday against his former team, the Cleveland Cavaliers. Until then, the Lakers have to play at least two more games without LeBron.

Will this week be better?

They play against the Mavericks tonight in Dallas, and since the Lakers have been in a massive slump, I’m going to pick the Mavs to win this game. Luka Doncic should takeover. He’s averaged 19.4 ppg, 6.7 rpg, 4.9 apg, on 43.1 FG%. On the second night of a back-to-back, Lakers tend not to do well, let alone with all the injuries they are trying to overcome; I don’t think the Lakers can defeat the Mavs in Dallas.

On Wednesday night, the Lakers host the Pistons. Detroit is 17-20; however, they do have the dynamic duo of Blake Griffin and Andre Drummond. They are going to be a handful for the Lakers. I don’t think the Lakers win on Wednesday either, because they just don’t have much confidence now. Detroit could just feed it to Drummond and Griffin because the Lakers shoot poorly from deep. I think the Pistons win this game, but it will be a close one.

On Friday night, the Lakers go to Utah to face the Jazz. The Jazz are 20-20, just one game behind the Lakers for 8th place. LeBron could play on Friday and, assuming he does, the Lakers will be back to there winning ways. LeBron obviously makes this team better. He makes it better because of his leadership on the court, the Lakers move the ball more to find the open man, and there is more of a game plan when he plays. Without LeBron and Rondo, there is no leadership nor ball movement. So, if James returns on Friday, the Lakers will win, if he doesn’t, it will be a close game, but the Lakers won’t win.

They close out the week hosting the Cavs. LeBron will likely play on Sunday; I expect the Lakers to win on Sunday and get back on a winning streak if they do not win on Friday. The Cavs have been struggling all season long, due to Kevin Love being injured and the departure of LeBron James. The Cavs only have eight wins this season, so the Lakers should be able to take care of business on Sunday.

The Lakers were in 4th place last week, this week they start in 8th place. They need LeBron back, but they cannot keep losing games without him and remain in the playoffs obviously. So, something needs to change. Either the coaching or they need to move the ball more and play less ISO. I think if LeBron returns on Friday, the Lakers will have a 2-2 record this week. If LeBron does not play on Friday, they will go 1-3 this week.