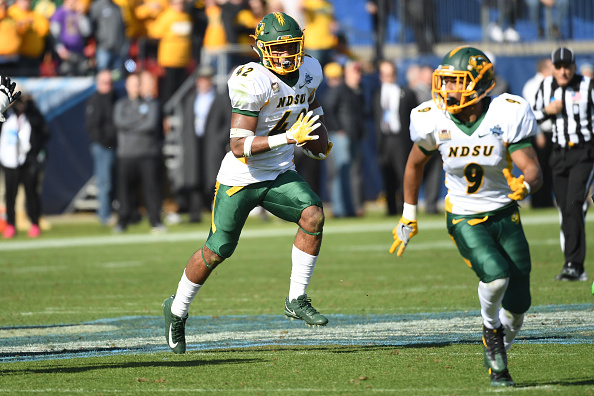 History will be made in Frisco, Texas on Saturday, January 5 in the 2019 FCS Championship Game. North Dakota State and Eastern Washington will duel it out for the chance to become a champion forever. The Bison and Eagles are no strangers to the playoffs as they are both considered two of the top programs at the FCS level yearly. They also met three times before starting in the 2010 quarterfinals.

The Bison have conquered opposing national final competitors in 6 out of the last 7 title matchups. In the meantime, Eastern Washington upended Delaware for its only Division One FCS Championship in 2011 at Toyota Stadium in Frisco. These clubs were on a collision course just two seasons ago before they were both upset in the semifinals. Last season North Dakota State regained their crown by overcoming previous champ James Madison 17-13.

Now the two powerhouses will fight it out in the latest chapter of this fierce, unheralded rivalry. Eastern Washington is seeking the school’s second national title, while North Dakota State goes for a record seventh trophy since January 2012.

Aaron Best is a 1999 graduate of Eastern Washington and is leading his squad in only his second season to the battle with the Bison. Chris Klieman is coaching his last contest for North Dakota State as he will take over at Kansas State for the legendary Bill Snyder. Current defensive coordinator Matt Entz will be Klieman’s replacement.

How They Both Got Here

The Bison are heavy favorites to repeat with NFL talent all across their roster. Quarterback Easton Stick is on the draft radar and wants to finish his career with his third national title along with an FCS record 49 victories as the signal caller of North Dakota State. Behind Stick are bell cows Bruce Anderson and Lance Dunn who will help take the pressure off Stick with over 1,700 yards and 21 touchdowns combined between both of them.

The Eagles will attempt to dethrone the best FCS dynasty ever with its high-powered offense and relying on the defense to outplay the Bison’s offensive weapons. If DT Jay-Tee Tiuli can suit up, then the chances for the Eagles to pull off the shocker increase slightly. Eastern Washington will have to hit on all cylinders in all three phases to earn the right to call themselves champions of the FCS and overtake the reign of North Dakota State.