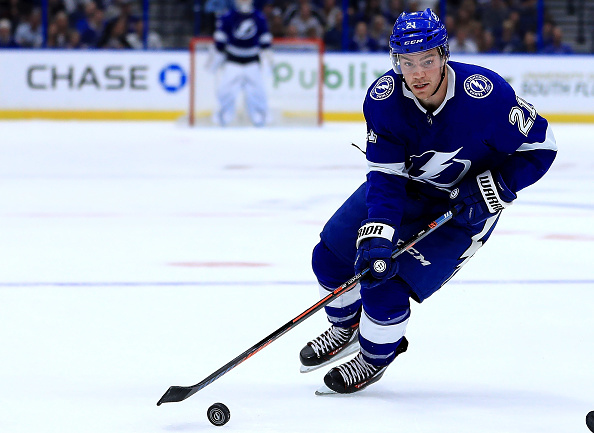 The Toronto Maple Leafs and Minnesota Wild begin the eight-game Thursday slate at an odd 2 p.m. eastern time with all other games beginning at the more normal 7 p.m. time slot. We will focus our attention on the evening match-ups. Tampa Bay, Washington, and the Vancouver/Montreal game are all good spots to build your roster. (Update, Leafs/Wild game not on DraftKings for today’s games).

Tampa has scored at least five goals an incredible eight times over their last 10 games. As per usual Kucherov is leading the way with scoring. He has an unbelievable 15 points over his last five. The Kings will struggle to contain the Lightning who rank first in the NHL in goals per game at 4.13.

Point or Stamkos are great centers to build your core but I like Point a bit more due to the $500 savings. Point actually has more points compared to Stamkos over the last five games, eight compared to seven. Stamkos does have more goals during that period however at five to two.

The Capitals have a plus matchup versus the St. Louis Blues who are the 27th ranked team in goals against, surrendering 3.28 goals per game. On the season the Caps are third in the NHL in goals per game with 3.5. Ovechkin is usually who we should pick but he is struggling somewhat with just two assists in his last five. Backstrom is $2,000 less and has four points in the same amount of games.

Danault can be featured as a value play as well. Montreal has been involved in high scoring games of late and both Montreal and Vancouver give up over three goals per game. Danault has been ultra-productive in his last five games, scoring five goals and four assists.

It’s either Boeser or Elias Pettersson from Vancouver or you could take both. Boesser gives a salary relief comparatively as Pettersson is priced at $6,700. Montreal has gotten poor goaltending since Price went down and on the season are 23rd in goals against at 3.20 against per game.

All the sudden the Lightning are getting scoring from not-so-well-known Adam Erne. He is a part of a very good third line alongside Anthony Cirelli and Yanni Gourde. Over the last five games, he has four points.

Palat is offensively gifted but hasn’t found the scoresheet like he has in previous seasons. Playing on the first line with Stamkos and the first power play unit is bound to pay off at some point.

Stralman is first in shots on goals by Lightning defensemen with 14 over the last five contests, which is the same amount as center Steven Stamkos over that stretch. In those games, Stralman has a goal and two assists.

Benn has chipped in a goal and three assists in his last five contests.

As always thanks for reading, good luck with your roster builds!