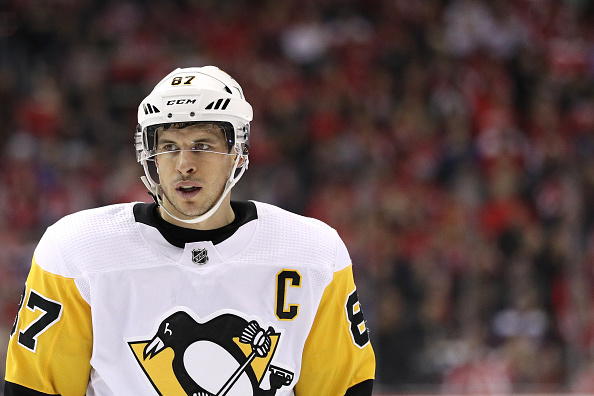 Now that we are fully recovered from our New Years festivities we can concentrate on our DFS lineups. A decent number of games to pick from as we have double the total from last night to choose from. Let’s get to it.

Gaudreau is on a tear right now, six goals and four assists in his last five games. The Flames top six forwards have been rolling as of late and should keep things trending in that direction when they meet up with a struggling Detroit Red Wings team who are 23rd in goals against per game at 3.30

Sid the Kid is scorching right now, two goals and eight assists over his last five contests, and 10 goals, 29 points since November 21st. Crosby and the Penguins have finally gotten back to what they are supposed to be, one of the league’s top teams.

Just like Sid, Kessel is in an offensive groove right now. Kessel is a player that goes through hot and cold streaks like nobody else, the time seems to be now to take advantage of this latest hot streak. Three goals and seven assists and six power-play points over his last five games.

Murray and Casey DeSmith are turning into a very effective goalie tandem for the Pens. DeSmith played Monday and got the win over the Minnesota Wild which gives way to Murray who has really turned a corner since coming back from injury. Murray is undefeated over his last five starts only surrendering over two goals once during that span.

The time might be now for Erik Karlsson to find his game. Karlsson is having a good season by most defensemen’s standards but falling short of his usual offensive outputs. Recently Karlsson has looked much better, a goal and seven assists over his last five games. The Sharks have been involved in high-scoring games of late and tonight’s match-up with the Avalanche has the makings of a high scoring game.

2. San Jose Sharks Sharks have scored at least three goals nine times in their last 10 games. Even more impressive, in six of those games, they have scored at least four. A Nice match-up on the road versus the struggling Avalanche. The Avs are 19th in the league with a 3.05 GAA. Joe Pavelski(c), Erik Karlsson(D), Tomas Hertl(c), Brent Burns(D)

3. Calgary Flames  Flames are scoring in bunches these days. A nice match-up against Detroit who allows an average of 3.30 goals per game, 23rd in the league. Johnny Gaudreau(w), Sean Monahan(c), Matthew Tkachuk(w), throw Noah Hanifin(D) in for only $3,700/ 3 assists in his last five games.

You could get cute/sneaky and play whomever the Avs decide to throw on the first line with Mackinnon and Rantanen but you miss out on the added value you get with Compher (even though he’s a bit more pricey) who is featured on Colorado’s lethal first power play unit.

Three points over his last five games and is second on the team in shots on goal over that span. Bennett is also featured on the Flames second power-play unit.

Donskoi has added some extra scoring and is providing the Sharks with depth to the Sharks forward group. He has chipped in a point per game(three goals, two assists) over the last five contests which is a great return for a player that costs just over $3,000.

Thornton is nowhere near the player he used to be, but his price is very friendly. Thornton has chipped in with three points over his last five and is playing on the Sharks second line with Joe Pavelski and is getting some power play minutes on the second unit.