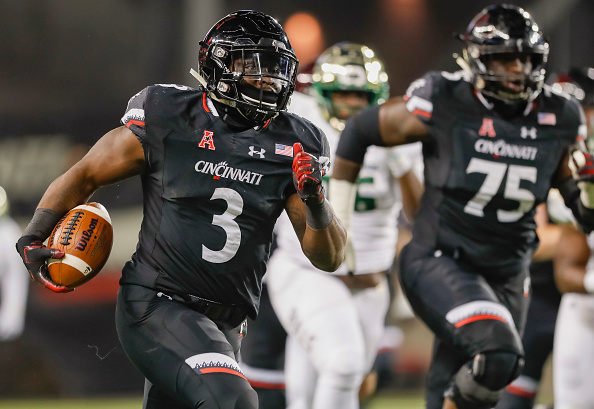 This year’s Military Bowl in Annapolis will be a battle between the Cincinnati Bearcats and the Virginia Tech Hokies. They are both experienced in bowl games with the Bearcats making a bowl 15 of the last 22 years. Virginia Tech extends its streak to 26 years in a row. How will this one go down?

Strengths – This team is good. They run the ball very well with three RBs, Michael Warren II, Tavion Thomas, and Charles McClelland, who combined for 2,133 yards on the ground. Warren II is the main man as he accounted for 1,163 of them along with 17 TDs. QB Desmond Ridder not only contributed another 574 rushing yards, but he also threw for 2,359 and 19 TDs to only 5 picks. As good as their offense was, their defense is downright stifling. They ranked 6th in the nation allowing only 16.1 points per game. They have a beast of a pass rusher in Cortez Broughton who had 18.5 tackles for loss and 7.5 sacks. He even chipped in 5 passes defended and 2 forced fumbles. While Broughton is a stud and should garner some looks from the NFL next year, the defense is certainly a team effort. They had 9 players with over 40 tackles and their pass defense was especially dominating allowing a measly 47.5% completion rate.

Weaknesses – The only weakness the Bearcats really have is they don’t have that top-notch receiving option. Kahlil Lewis was their leading receiver with 55-768-9 which doesn’t jump off the page. If Virginia Tech can somehow slow down the running attack of Cincinnati then depending on Ridder and the passing game could limit the Bearcats on offense.

Strengths – Ryan Willis is their man. The 6’4 QB threw for nearly 2,500 yards with 22 TDs and added another 321 yards rushing with 3 TDs on the ground. While that doesn’t sound scary, he is mobile for a big man and can make plays with his legs when needed. His main target, Damon Hazelton should suit up for this game. He had 45-745-8 during the season in only 10 games. Steven Peoples is the main back and had 760 yards on the ground with 5 TDs. He also added 21-182-1 through the air so he has some hands. On defense, the Hokies boast a good duo in young LBs Rayshard Ashby and Dax Hollifield. The sophomore and freshman respectively combined for 159 tackles and 17.5 TFL. They are young but can move around the field with ease limiting big plays.

Weaknesses – The defense has been extremely inconsistent this year. In a 4-game stretch where they went 0-4, they got outscored 170-85. The 30.7 points per game they allow ranked 85th and they actually gave up more points (368) than they scored (357). The offense doesn’t really scare anyone either. With no big playmakers, they will have to depend on Willis to carry the burden.

Cincinnati will be too much for Virginia Tech. I see the Bearcats taking a lead and then pounding the rock, putting the pressure on the Hokies passing game. This one could be ugly and if it is it should go the Bearcats way. Cincinnati 31-13.