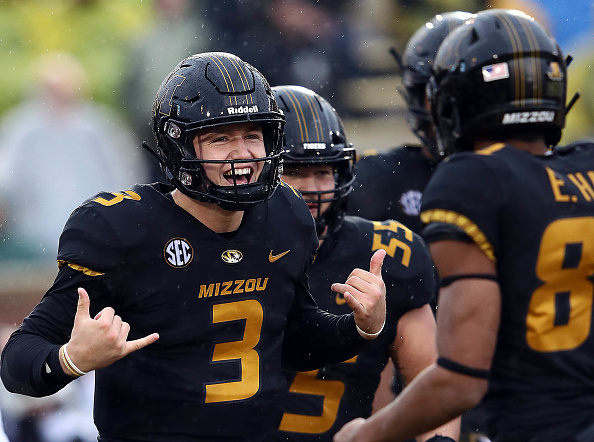 The Missouri Tigers and Oklahoma State Cowboys will meet for what has the potential of a shootout on New Year’s Eve in Memphis. Both teams enter the matchup ranked in the top 20 nationally in both total and scoring offense. The Cowboys have had a roller coaster season up to this point and entered the last two weeks of the regular season needing a win to become bowl eligible.

Strengths – Now that its official, Oregon QB Justin Herbert is coming back for his senior season, Drew Lock has a golden opportunity to greatly improve his draft stock here. with a huge performance, He will be looking to advantage of a Cowboys defense that ranks among the worst in the country. You couldn’t ask for a better situation, and I expect Lock to work his butt off in this matchup. He’ll want to leave Mizzou a winner.

Another player that will be looking to feast is deep-threat wide receiver Emanuel Hall, who leads the Tigers with 756 receiving yards and six touchdowns despite missing four games this season.

The Tigers have excelled against the run all season. As their rushing defense ranks 22nd in the country, allowing 122.9 yards per game on the ground. Holding Tennessee and Arkansas to 82 and 52 rushing yards, respectively, in the final two games of the regular season. I can see Oklahoma State electing instead to attempt to hit them with a heavy dose of passes.

Weaknesses – Missouri has been rather poor on special teams, which could end up leaving them open to real problems against the Cowboys. They have had four blocked kicks this year, which is tied for 112th overall.  Rank No. 126 out of 130 teams in punt return average. And have a placekicker in Tucker McCann, who has struggled at times, missing eight of 30 field goal attempts along with two extra points.

As for Missouri’s pass defense, they are middle of the road, ranking 70th in pass efficiency. The real knock on their secondary is how they have struggled against certain quarterbacks. For instance, giving up 572 yards and three touchdowns to Purdue’s David Blough and 249 yards and three scores to South Carolina backup Michael Scarnecchia.  Can the Cowboys offense find some cracks and eat away at that secondary?

Strengths – While Missouri has an electric offense we can’t overlook Oklahoma State and how dangerous they are with the football. Ranked 10th nationally in yards per game and 14th in scoring. The Cowboys have scored over 30 points in four of their last five games this season.

Led by fifth-year senior quarterback Taylor Cornelius. During the season Cornelius threw for 3,642 yards with 28 touchdowns and 11 picks, not counting the 10 rushing touchdowns. He also had some pretty impressive performances, in particular, completing a monster 501 yard and 3 touchdown passing game against second-ranked Oklahoma.

His favorite target, wide receiver Tylan Wallace had over 1,400 yards along with 11 touchdowns through the air. He finished third in the nation in receiving yards per game. I expect Cornelius to look Wallace’s way quite often in what could be a true barn burner. Tyron Johnson contributed a solid 704 yards and 5 touchdowns.

Weaknesses – The secondary is particularly susceptible, allowing 258.3 passing yards per game, which ranks 107th in the nation. Only giving up 5 interceptions on the year,ranking them dead last in the Big 12. As said earlier in the article, I look for Drew Lock to pick this unit apart.

With running back Justin Hill sitting out for the bowl game, electing to save himself for the upcoming Draft, they will be looking to Chuba Hubbard. Hubbard, who ran for 595 yards and six touchdowns in the regular season, will lead Oklahoma State’s rushing attack Monday with help from LD Brown.

Jordan Brailford DE OSU – Led the Big 12 with nine sacks during the regular season and totaled 16 tackles for loss. As the No. 9 defensive end prospect in this year’s draft, Brailford will leave school early to enter the NFL Draft but will be playing in the Liberty Bowl.