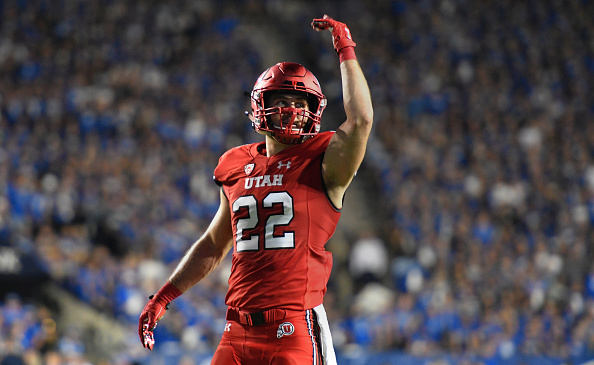 New Year’s Eve features what should be a hard-fought battle between two disciplined opponents, expect to see a close low scoring game. The Utah Utes and Northwestern Wildcats are entering this bowl both ranked in the College Football Top 25 rankings. Northwestern won the Big Ten West before losing to Ohio State in the conference championship game, 45-24.

Strengths – It’s looking likely that Jason Shelley will start at quarterback. Shelley has filled in well for injured starter Tyler Huntley in his four starts. Leading the Utes to their first ever Pac-12 South title. He couldn’t quite get them over the hump, losing the conference title to Washington. His stats weren’t eye-popping to be sure, but his field management and ability to avoid turnovers helped Utah to back-to-back-to-back wins over Oregon, Colorado, and BYU.

Few coaches have had the postseason success of Utah’s Kyle Whittingham. Since taking on the head coaching job with the Utes. He has the top winning percentage in college football bowl history (.916), and his 11 bowl wins are tied for second among active coaches.

Utah’s defense is pretty solid with solid, strong LBs in Chase Hansen and Cody Barton. The Utes only allow 18.5 points per game, they own a ball hawk secondary that’s forced 14 interceptions. Jaylon Johnson leads the team with 4 picks.

Weaknesses – The Utah offense will have a huge hole to fill in that running back spot, missing star running back Zack Moss, who suffered a season-ending knee injury on Nov. 7.  Moss was the clear-cut hammer in that backfield, rushing for just under 1,100 yards, 11 touchdowns, and an incredible 6.1-yard average. Armand Shyne will start, he’s put up 479 yards rushing along with 5 touchdowns.

They will also be without number one wide receiver Britain Covey.  Covey picked up a knee injury in the Conference Championship. Aside from Covey, Utah has three players with 297 yards or more receiving. Jaylen Dixon is the main deep threat, although Samson Nacua should get some looks.

Strengths – Northwestern’s defense doesn’t immediately jump out as a unit that makes a ton of plays or creates a lot of havoc. They play strong, fundamental football and wear down their opponents. They managed to hold 7 teams to 20 points or less including, Michigan, Iowa, Michigan State, and Wisconsin.

Linebackers Blake Gallagher and Paddy Fisher both come to play, each collecting over 100 tackles each.  Joe Gaziano leads the team with 11.5 tackles for a loss and two forced fumbles. Unfortunately, they will be playing without a pair of key defensive starters in linebacker Nate Hall and senior defensive tackle Jordan Thompson, due to injuries.

Weaknesses – The success of this Wildcat team is all based around that rather scrappy defense. Moving the chains and scoring points hasn’t been a simple task for the Wildcats this season. Northwestern ranks 12th among Big Ten teams in both total offense and scoring offense.

Northwestern senior QB Clayton Thorson, who tore his ACL in last year’s Music City Bowl, will play his final game for Pat Fitzgerald. His final season numbers have been about as average as you can get. As he accumulated 2,942 yards passing, along with 15 touchdowns and 14 interceptions. which ranked 112th in the FBS. He’ll need to do a better job of protecting the football than he did most of the season.

Otherwise, he could end up having a really miserable day with that elite Utes secondary swarming around, waiting for any little mistake. He needs just 91 yards passing to break Brett Basanez’s school record of 10,580.

Matt Gay PK UT, – The former 2017 Lou Groza award winner, Matt Gay is as clutch as they come as far as placekickers go, considering he ranks first overall in the Pac-12 this year in field goal attempts, field goals made, and points.