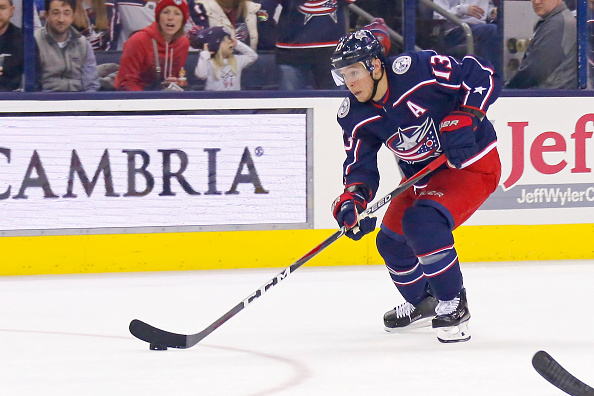 It’s a very large slate today on New Year’s Eve. I’m here to guide you through it. Happy New Year everyone. Catch you on the other side with regular DFS plays in the Blue Line Report.

(Players to build your lineup with)

I know it seems like I pick on the Senators a lot, but that’s because I do. Once they show me that they can play good defense consistently, I’ll stop doing so. Cam Atkinson is the most consistent player on the Jackets and should be in line for a big showing tonight.

The Kings are another team that are easy to pick on, especially on the road. They are currently 6-10-2 (UPDATE) on the road and their goaltenders have been struggling. Nathan MacKinnon is just a beast who you can rely on even against the best goaltenders. Against Jonathan Quick? Hopefully he has an electrifying night.

Edmonton gave up seven goals in their last game. They just traded away Chris Wideman and Drake Caggiula so their chemistry probably isn’t fully there yet. Tonight be a bad night and Blake Wheeler has been a consistent fantasy option all year long. Once he starts scoring goals more, he’ll be an even better option (obviously).

Detroit’s goalies have been lackluster this year and Barkov is the most consistent player on the Panthers. I expect a high-scoring game here tonight, so I’m sure Barkov will get on the board.

This line is filled with firepower and Edmonton is coming off of a bad game and losing a few players. This will be a game that I expect Winnipeg to win big and it starts like Mark Scheifele, Blake Wheeler, Patrik Laine, and Kyle Connor. Connor has been cold lately but he is far too cheap for what he is able to do on the power play.

Pierre-Luc Dubois is really cheap for his capabilities. He is on the first power play unit and of course the first overall unit. He has had big games this year and today could be that day. Artemi Panarin has been hot and cold this year but when he’s hot, he’s blazing hot. I already talked about Atkinson but he is a super consistent scorer. Seth

For some reason, Gabriel Landeskog has been moved to line three but he remains on the first power play. The Kings are a bad team defensively, and goalie-wise. This is an expensive stack, but one that will pay off.

Evgeni Dadonov is really cheap and provides good production. All these guys are on the first power play unit, and as I said, this should be a high-scoring game.

This is an inexpensive line who is going up against a struggling Jake Allen in goal. These guys all find themselves on a powerplay unit in a game which the Rangers should score many goals.