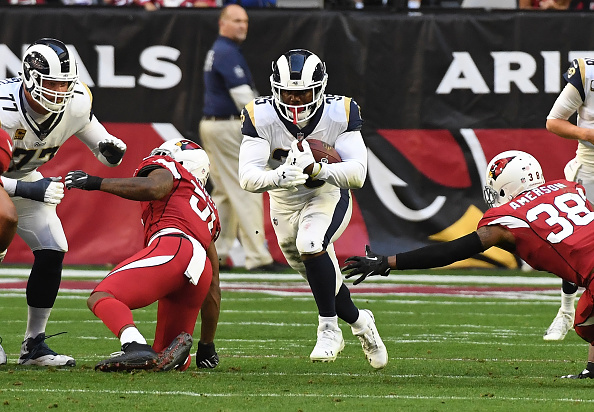 The regular season of the NFL is unfortunately over. This is the final week when all the diehards who love to play fantasy until the bitter end can go. With all the playoff hoopla surrounding the finale of the regular season, there is still a lot to be resolved for most teams. So here are the latest PPR Rankings before the playoffs begin next weekend.

1. James Conner vs. Cincinnati-Start Jaylen Samuels if Conner is inactive.

2. Chris Carson vs. Arizona–Mike Davis and possibly Rashaad Penny could split time if Carson is out.

3. Christian McCaffrey @ New Orleans-The Panthers might rest the MVP of the PPR playoffs. Cameron Artis-Payne would be his replacement.

4. Alvin Kamara vs. Carolina–Dwayne Washington and not Mark Ingram may benefit if Kamara doesn’t play a full outing.

1. Michael Thomas vs. Carolina-Must start if he suits up, not looking likely though.

2. Antonio Brown vs. Cincinnati-A nagging injury could keep Brown absent, but the Steelers need him and all the help they can get to win the AFC North.

3. Davante Adams vs. Detroit-9 snags for 140 and a TD at Detroit. His injury seems not serious enough for him to sit this one out.

6. DeAndre Hopkins vs. Jacksonville-Found the end zone in Jacksonville, but not much else.

7. Mike Evans vs. Atlanta-Would be nice to end on a high note after a disappointing campaign for Evans and the Bucs.

8. Julian Edelman vs. N.Y. Jets-Still Tom Brady‘s top target with Gronk disappearing. The Pats will likely run it more though.

9. Robert Woods and Brandin Cooks vs. San Francisco-The Rams may put the workload on C.J. Anderson and the running attack again.

10. Doug Baldwin vs. Arizona-Baldwin, along with the Seahawks are getting warm at the right time.

1. Travis Kelce vs. Oakland-The Raiders are finally competing at a higher level, but Kelce had his best performance earlier in Oakland.

2. Zach Ertz @ Washington-The Eagles might sneak into the postseason and this is one of the men that will land them there.

4. George Kittle @ L.A. Rams-Nobody from L.A. was able to stop Kittle in 2018. He found the house versus the Chargers and Rams with some impressive numbers.

5. Evan Engram vs. Dallas-With Odell out, Engram is Eli’s favorite receiver in an always entertaining rivalry.

6. Rob Gronkowski vs. N.Y. Jets-Gronk is a risky starter now. He’s probably still dealing with back issues and time is catching up with him.

7. Vance McDonald vs. Cincinnati-A quality 7 receptions for 68 yards in the Cincinnati jungle.

8. Chris Herndon @ New England-Coming on as a relevant, steady performer as of late.

9. Eric Ebron @ Tennessee-Did nothing at home against the Titans. Both clubs need this to solidify the 6 seed in the AFC though. Keep a close one on Ebron with his status after a concussion a week ago.