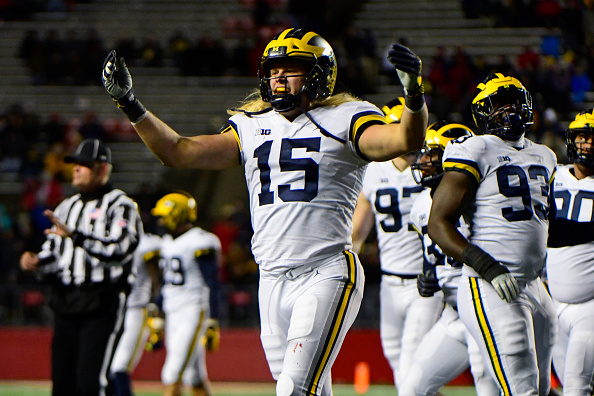 The New Year’s Six Bowl Extravaganza kicks off with the Peach Bowl in Atlanta’s Mercedes-Benz Stadium. Florida and Michigan will clash for the third time in as many years. The Wolverines won both previous showdowns by substantial fashion. Now the Gators are strolling in after a 9-3 campaign riding a certain wave of momentum. Meanwhile Michigan enters as the favorite after getting trounced by rival Ohio State.

Dan Mullen proved he was the right man for the Florida job by posting five more victories than they had in 2017. He catapulted his perennial program from obscurity to immediate prominence just as Gator Nation had wished for. Jim Harbaugh is finalizing his fourth season in Ann Arbor and seeking Michigan’s first 11-win season since Brady Hoke accomplished it in 2011.

Florida is a perfect 8-0 when it rushes for over 200 in a contest. Featured runners Jordan Scarlett and Lamical Perine will face their sternest test by facing a ferocious front seven for Michigan. Although the maize and blue will be without key contributors Rashan Gary and Devin Bush who are out preparing for the NFL. Mullen may also choose to showcase the arm of true freshman Emory Jones if so compelled to do so.

Florida’s defensive scheme is to pressure the quarterback with bookends Polite and Jabari Zuniga. They combine for 17.5 sacks together as a tandem. This war in the trenches could ultimately prove who conquers the other as Michigan’s o-line has vastly improved over time. In the 2017 opener, Florida did have problems containing Michigan’s pass rush and couldn’t halt the Wolverines air game, especially wideout Tarik Black.

Luckily for the Wolverines, Florida is not Ohio State. They won’t have 4 starters at their disposal either. Hard-nosed runner Karan Higdon is focusing on the next level, which leaves the door wide open for guys like Chris Evans, Tru Wilson, and Christian Turner.

Don Brown’s defenders desperately want to put the Ohio State debacle out of mind as they get another shot in the Peach Bowl. Winovich wants to help carry his maligned brothers on his back to go out a winner in the last opportunity he gets to don the iconic winged helmet.

When broken down this is a battle for pride and real meaning. With both schools boiling hot out on the recruiting trail, a triumph is way more than just a consolation prize in this New Year’s Six showcase. It will almost certainly jump start either club for 2019, which may unfairly or not skyrocket expectations for the eventual Peach Bowl champion.