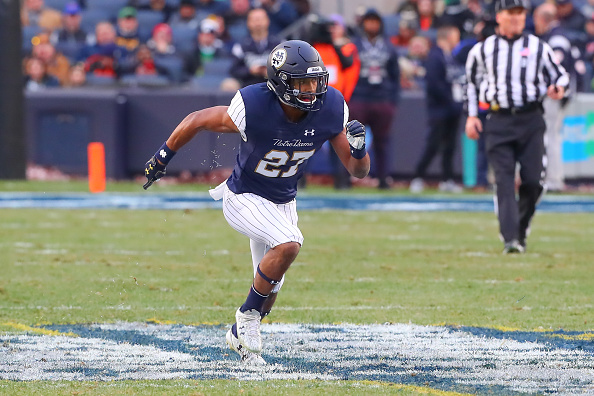 A spot in the College Football Playoff national championship game. Both teams are still without a loss. Clemson is looking to win a national title for the second time in three years. Notre Dame, playing in its first College Football Playoff semifinal game, will try to reach 13 wins for the first time in program history. The Fighting Irish last won a National title in 1988 and will look to get back to the playoff final for the first time since 2012.

Strengths – The Tigers haven’t faced a pass defense as good as what the Irish bring to the table. As they finished the season third in the country in pass efficiency defense. Having allowed only 198 yards passing per game and only two TDs in the past six games.  They are led by All-American corner Julian Love and safety Alohi Gilman.

Gilman hit the floor running in week 1, after being forced to sit last year, due to transfer rules. He contributed seven tackles in the first-week victory against Michigan. Finishing with 76 tackles on the season, good for second on the team only behind Te’Von Coney.

The rushing defense at Notre Dame isn’t too shabby in its own right, having only given up one, 100-yard rushing performance to Navy QB Malcolm Perry. Te’von Coney, Drue Tranquill, and Asmar Bilal are all fast, strong guys, that can swarm tackle like nobody’s business. Cloney leads the unit with 107 tackles and 59 solo tackles.

Second-year quarterback Ian Book took over from Brandon Wimbush as Notre Dame’s No. 1 signal-caller. In week 4 against Wake Forest, taking a full grip on the position. He’s posted 2,468 yards passing, 19 touchdowns and six interceptions on 70 percent passing on the season. An accurate intermediate thrower. His ability to attack from 10-20 yards is really what separates him from Wimbush.

Weaknesses – Notre Dame’s special teams have been rather shaky this year, having given up a couple momentum-shifting kick return touchdowns. I could most certainly see the Irish being vulnerable to giving up the big play on a kickoff or even possibly a punt, that could end up giving the Tigers a chance to gain some real momentum and possibly break the game wide open.

Strengths – Clemson quarterback Trevor Lawrence will have alot of expectations on his  Saturday as he faces the biggest test of his young career. Having completed 65 percent of his passes while throwing for 2,606 yards, 24 touchdowns with only four interceptions.

We talk so much about the Clemson offensive prowess but let’s not forget that defense of theirs. The unit allowed more than 20 points in only four games this season. It features All-American tackle Christian Wilkins and defensive end Clelin Ferrell. Ferrell has 17.5 tackles for loss and 10.5 sacks this season. Wilkins

One update to pass along, they may end up not having the services of defensive end Dexter Lawrence for this game, due to a possible suspension.

Weaknesses – If there is one question mark on this team, it is in the secondary. The unit has been pretty good in certain games. But there have also been games, like for instance the match against South Carolina, where they were burned for 500 passing yards and five touchdowns by Jake Bentley.

Running back Travis Etienne has nearly 1,500 rushing yards this season with 21 rushing touchdowns. He could possibly break off against that solid Irish run defense. I expect however for the defense to do a good job bottling up the Tiger running attack and forcing Trevor Lawrence to make some plays through the air in order to win the game.

Julian Love CB ND, – Love has the unique skills needed to break up passes consistently, and he’s done just that for the Fighting Irish over the past two seasons with 35 total passes defended. Love could go in the first round.