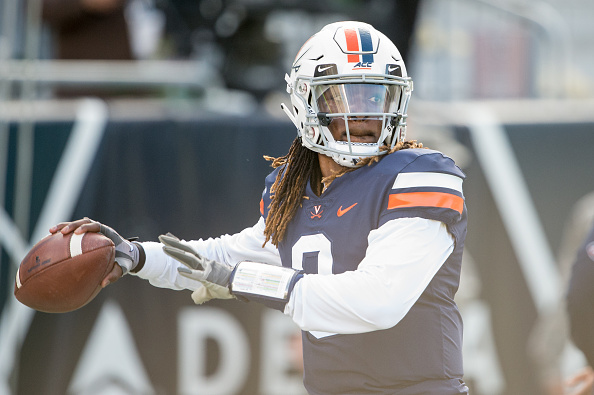 This year’s matchup of South Carolina vs Virginia will be hard-pressed to match last year’s thriller that saw Wake Forest beat Texas A&M 55-52. While the game may not have the scoring of last year’s battle, this game should be close and is ripe for memorable moments.

Strengths – The offense has been very good this year. The Gamecocks are in the top 3rd in scoring averaging 32.6 points per game. Jake Bentley has been solid at QB throwing for nearly 3,000 yards with a 27/12 TD/INT ratio. The rushing attack has been pretty good as well. The combo of Rico Dowdle and Mon Denson produced over 1,000 yards rushing and averaged over 5 yards per carry. Although South Carolina will be without top WR Deebo Samuel as he is sitting out to prepare for the NFL Draft, they still have the duo of Bryan Edwards and Shi Smith. The two of them have combined for 91-1,406-11 this season and should be more than adequate giving Bentley targets.

Weaknesses – Losing Deebo Samuel not only thins out the WR corps but also damages the special teams. He was the team’s primary kick returner and averaged 24.8 yards per return with a TD this year. Bryan Edwards was the team’s main punt returner so he should have a chance to showcase his skills in this game. The defense is middle of the pack allowing 27.2 points per game. T.J. Brunson led the team with 94 tackles along with 10 tackles for loss. The issue with the Gamecocks defense is they don’t get after the QB. They only had 23 sacks all season and without pressure, they could allow Virginia’s QB to get comfortable.

Strengths – Bryce Perkins makes this offense run. He passed for nearly 2,500 yards with a 22/9 TD/INT ratio. Perkins also was second on the team in rushing yards at 842 and chipped in 9 TDs on the ground. Jordan Ellis is the one who led the team and averaged 4.8 yards per carry, also with 9 TDs rushing. Olamide Zaccheaus was the number one target by far of this WR crew. He had 82-973-6 and while he is only listed at 5’8, he may have a spot on an NFL team in next year’s draft. The true strength of the Cavaliers lies with their defense only allowing 21.6 points per game. Juan Thornhill and Chris Peace are the main factors in that D. While Peace had 9.5 TFL and 6 sacks, Thornhill contributed 92 tackles and 5 picks.

Weaknesses – While the offense has its studs, that is about all they have. The running game is solid when you include Perkins but the WRs leave a lot to be desired as no one had more than 50 catches aside from Zaccheaus. They are an offense of the big three and that lends itself to a team like the Gamecocks turning the Cavaliers’ offense one-dimensional and predictable.

I like the defense of the Cavaliers better and think they can hold off the Gamecocks enough. South Carolina doesn’t have enough of a pass rush for me to think they will contain Perkins. I would give this game to Virginia in a tight one 27-23.