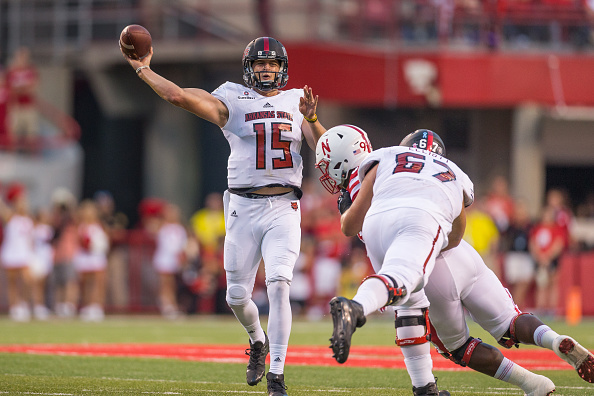 Last year it was a battle of the Aggies. The New Mexico State version beat the Utah State version in OT 26-20. We can hope that this year’s iteration is just as compelling as Nevada goes up against Arkansas State.

Strengths – The offense starts with Ty Gangi who can throw to anyone at any time. He threw for 3,131 yards this year along with 23 TDs. He also had 6 different players catch 20 passes. Two of them are the RBs for the Wolf Pack in Toa Taua and Kelton Moore. They both averaged over 5 yards per carry and combined for 11 TDs. This offense can score as evidenced by their 32.3 points per game. The defense is led by Malik Reed. The hybrid DE/LB had a great season racking up 72 tackles (15.5 for loss), 8 sacks, and 4 FFs. He will be needed all over the field to stop Arkansas State.

Weaknesses – The defense will be without Korey Rush as he is out with a broken foot. The senior DE had 11.5 TFL and 6 sacks before going down. This is a big blow to the pass rush as Arkansas State can now key on slowing down Reed. Another question is who will be the go-to guy in the passing game. While Gangi spreads it around, there is no true number one on this offense that he can get the ball to when needed.

Strengths – Justice Hansen threw for 3,172 yards and had an impressive 27/6 TD/INT ratio. He also chipped in 399 yards on the ground and 6 rushing TDs. Marcel Murray and Warren Hand combined for over 1,700 yards from scrimmage and 14 TDs while both averaging over 5 yards per carry. The defense is anchored by senior Ronheen Bingham who had an incredible season with 18.5 TFL and 9 sacks while knocking down 5 passes and adding 65 tackles. Although he may be small for a DE in the NFL he should get some looks in the draft as a hybrid.

Weaknesses – While their defense overall was solid grading in the top half of the country, they can get gashed on the ground. They allowed over 200 yards a game rushing and with Nevada’s combo of Taua and Moore, the Wolf Pack may choose to make the Red Wolves stop them. The kicking game is weak with Blake Grupe, a freshman, only hitting 12 of 17 FG attempts and missing 3 Extra Points this season.

With Nevada missing Korey Rush I think Justice Hansen has a day. The defense of Arkansas State should make Nevada one-dimensional and they have the best defensive player on the field in Bingham. Arkansas State wins this one 36-23.