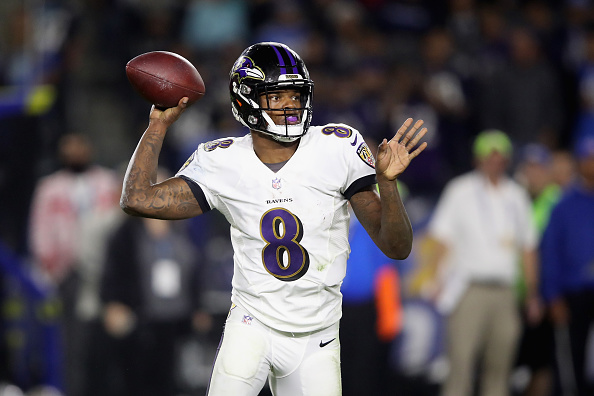 What’s up people that still play Fantasy Football in Week 17. Despite the news that multiple teams may be resting their starters, who are also probably your studs, fantasy championships still rest in the balance of Week 17 performances. Fantasy football should end in Week 16, but that’s just my opinion, and who cares what I think, you do you. Let’s check out some streamers that could help you win a championship in Week 17.

Josh Reynolds: 5.4 pts, 2 receptions, 44 yds – Only two targets even with Gurley out

Josh Allen has to be the number one streamer this week against a Dolphins team that just sealed their playoff fate by losing to Jacksonville at home. Josh Allen has just 46 rushing yards over the past two games but he remains a great threat to run the ball and can make things happen in the air as well now. Miami’s run defense is putrid so Buffalo may design some runs for Allen to let him get downfield easier. Coming off a down fantasy week, look for Allen to rebound in this divisional matchup, at home, against a team whom he had his best fantasy week of the season against in Week 13.

Lamar Jackson once again finished with just over 16 fantasy points in Week 16. Jackson is locked into low-end QB1 or high-end QB2 status, but he offers one of the safest floors at the position thanks to his rushing. This past week he had just 39 rushing yards but that was negated by the fact that he broke 200 passing yards for the first time in his career. Jackson should bounce back this week in the rushing category because Cleveland will try to get after Jackson with Myles Garrett. There will be plenty of designed runs for Jackson so isn’t dropping back too much against that pass rush and defense that is second in the league in takeaways. In another must-win game for Baltimore to clinch the division, Jackson should have the ball in his hands a lot.

Herndon is coming off a fantastic streaming performance against Green Bay in which he was TE3 for the week. The Jets offense is really starting to come together as Sam Darnold finds his groove in the NFL. The Jets have now scored 20+ points in four straight games, including 38 points last week. I said this last week and I will say it again: Herndon is one of the last tight ends that you can count on for reliable production, and while it might not be good enough for TE1 numbers every week, he probably won’t lose you the week with a big fat zero. Herndon had a good game against New England the last time these two teams played going for 57 yards on a season-high seven receptions. With Sam Darnold elevating his play over the last three weeks, Herndon is a fine option at tight end.

Gerald Everett has secured five receptions in each of his last two games and four receptions in the game prior to that. His yardage floor is low, considering he only topped 30 yards in one of those contests, but he is also a decent touchdown threat. He has secured three touchdowns on the season and two in one game, so the blow-up potential is there while also giving you a strong chance at four catches in this game against San Francisco. The Rams may rest Todd Gurley once again this week so there will be touches up for grabs in the passing game against a much better run defense in the 49ers.

The Eagles are playing for their lives. This defense is going to show up ready to play against the Josh Johnson led Redskins who are pretty much playing the cast of the Replacements at this point. Jordan Reed was just placed on the IR, and we know all about Washington’s quarterback and offensive line struggles. In a win or go home game, the defense is usually a good option because their extra effort usually translates into big plays or better overall performance. The secondary is hurting, but against the Redskins who have one of the worst receiving corps, the Eagles will not get continuously burned.

The Steelers are in a must-win game against a Bengals team without A.J. Green, Andy Dalton, and Tyler Boyd. I expect the Steelers to completely shut down the Bengals at home. Not much else needs to be said about a good defense playing for their lives against a Jeff Driskel led Bengals team.

Darren Sproles was my choice for this slot last week, and it paid off big time. The Eagles will count on Darren Sproles again for reliability and big-play ability out of the backfield, especially in a must-win game on the road. Sproles will have nearly as many carries as Josh Adams again and be the clear-cut receiving back in a game where the Eagles can’t have any mistakes. The Eagles may go up big, at which point Sproles could be sidelined for cautionary reasons, but they probably won’t be up big without a good contribution from Sproles. Sproles has a knack for finding the end zone, scoring three times in the last four games.

The Houston Texans struggle mightily against the pass, and especially against the deep ball. T.Y. Hilton torched the Texans for 199 yards, Robby Anderson had 96 yards against Houston, and Nelson Agholor and Alshon Jeffery had 116 and 82 receiving yards, respectively. Houston’s defensive weakness is undoubtedly in the air so Moncrief could have a big day as the deep threat for Jaguars. Blake Bortles has been named the starter, which is actually a good thing for his receivers’ fantasy outlook. He is way more capable of making them fantasy relevant than Cody Kessler.