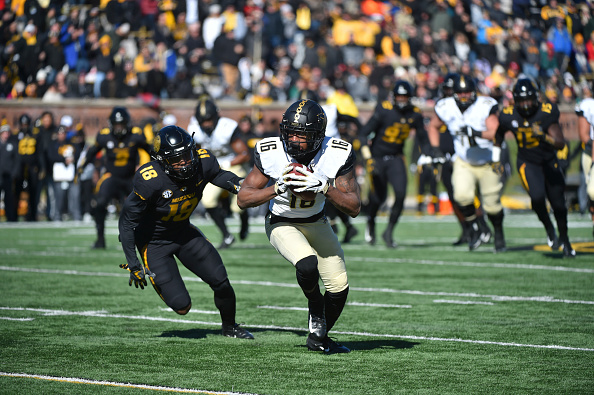 The thirteenth annual Texas Bowl commences on December 27, 2018. It involves the Big 12’s Baylor Bears pitted against the SEC’s Vanderbilt Commodores. Both clubs come into this event at 6-6 after their respective seasons.

Baylor turned its program around with a complete 360. The Bears earned 1 victory in 2017 at hapless Kansas. Head coach Matt Ruhle, who was hired from keeping Temple relevant, is now doing the same after Art Briles was let go in Waco. Ruhle’s program is slowly on the rise as they are trying to get back to the days where Baylor was in the conversation for yearly Big 12 title opportunities.

Derrick Mason leads the Commodores with a defensive background. Mason worked his way up the ladder under the tutelage of Brad Childress, Jim Harbaugh, and David Shaw. He replaced James Franklin in 2014 and has seemingly improved Vandy to respectability every year.

Overall the Bears are the typical Big 12 stereotype-A tough offense to defend, but little to no defense. They garner about 34 points on offense, only to allow 31 on defense. In the secondary, Baylor can be had because of its lousy pass defense. It relinquished 285 yards an outing which is tied for 81st in the rankings. A good sign for Vandy QB Kyle Shurmur.

Ruhle will be without his top wideout Jalen Hurd who is missing the bowl due to knee procedure. He was leading all receivers with almost 1,000 yards through the air. Linebacker Clay Johnston is a tackling machine for the porous defense. He notched 95 total tackles while missing two matchups along the way.

The Commodores played one of the most relentless schedules in the nation. They were beaten by four top 15 schools throughout the campaign. Coordinator Andy Ludwig has some weapons offensively, but they don’t perform consistently enough. Ke’Shawn Vaughn is his best threat and will have a nerve-racking decision to make after the bowl. He’s on the NFL radar at running back and could potentially be a sleeper prospect come draft time.

Jordan Griffin is the anchor of the Vanderbilt D that surrenders only 25 a match. He’s fighting to be the next in line behind fellow drafted Commodore alum like Oren Burks and Zach Cunningham. Griffin can do a bit of everything with 5 passes defended, a sack, and he caused a couple of turnovers. Not to mention a team-high 110 tackles.

Player to watch: WR Kalija Lipscomb-10 TDs accounted for. 81 grabs for the 6’1” junior as well.

Mason is hoping to get his club to its first winning record under his tenure. Baylor wants to keep progressing upward with a Texas Bowl victory that alluded them in 2010 at the hands of Illinois 38-14. To say a real amount of optimism is on the line in this duel is an understatement. Both are hungry to overcome in Houston and set themselves up for success in 2019 and beyond.