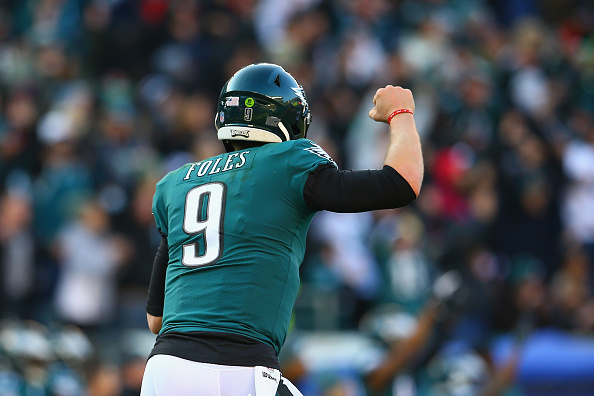 Most fantasy football championships were won in Week 16 so Congratulations to those of you who have brought home that coveted title in 2018! For those of you still competing in Week 17, you are doing it wrong.

Week 17 is usually just as unpredictable as the pre-season because many teams have locked up their playoff position and have nothing to play for which results in many teams resting their starters. This messes up the entire fantasy arena because the superstars who carried you all the way through the playoffs are not going to play and you are left searching the waiver wire for backup players that are going to see a ton of volume. For example, this week fantasy owners will likely be without Alvin Kamara, Michael Thomas and Drew Brees of the Saints, Dak Prescott, Ezekiel Elliott and Amari Cooper of the Cowboys, and Deandre Hopkins of the Texans. Further, some teams that are out of playoff contention also choose to rest their superstars because they do not want them to suffer a serious injury that may threaten their availability in 2019  in a completely meaningless. For example, Fantasy owners will likely be without Christian McCaffery, Joe Mixon, Leonard Fournette and David Johnson. The Moral of the story, play your championships in Week 16 so all teams can play at full strength. That being said, if you play a championship in Week 17, I am here for you. I recommend adding and starting the following players in Week 17.

Nick Foles (PHI) – Foles lit up the fantasy world in Week 16 when he went off for over 440 yards and 4TDs and finished the week as a top-three QB. The Eagles still have playoff hopes so Foles is going to put this team on his back once more so roll him out there confidently for your final championship round.

Sam Darnold (NYJ) – Darnold has been playing his best ball the last two weeks where he has a 5:0 TD to Interception ratio. He is turning Robby Anderson into a weekly WR2. It has been a rough season for Darnold, but he is looking to finish 2018 strong against the Patriots. Darnold is a low-end QB1 and should be started in all 2QB leagues.

CJ Anderson (LAR) – C.J. Came off his couch and signed with the Rams last week, and all he did was rush for 167 yards and a TD on 20 carries. Gurley is not a lock to play in Week 17, and frankly, the Rams would be foolish to roll him out there against a soft 49ers defense that they can easily steamroll without him. I expect C.J. Anderson to get another full workload and cap off one of the most random fantasy playoff superstar performances of all time. John Kelly is also worth an add because he should see plenty of work in the passing game if Gurley sits again.

Brian Hill (ATL) – Tevin Coleman aggravated his ankle injury on Sunday and Hill stepped up and ran for 115 yards on only 8 carries. Coleman is a free agent and the Falcons know that they are re-signing him so look for Hill to get a full workload on Sunday in order for the Falcons to evaluate him going into the offseason.

Cameron Artis-Payne (CAR) – The Panthers are expected to sit there superstar running back Christian McCaffrey considering they have nothing to play for and she has handled a warrior’s workload this year. Artes-Payne should be the leading runner for the Panthers in Week 17 so get him in your lineups, and roll him out in all of your DFS formats, assuming McCaffrey sits.

Darren Sproles (PHI) – Sproles looked like he was 25 again on Sunday. He made explosive plays in both the return and receiving game, and he ran with power and elusiveness. I expect Sproles to see the majority of the touches in the Eagles’ backfield moving forward and they need to win this game in order to have any playoff hopes so they will not hold back his usage.

D’Onta Foreman (HOU) – Foreman was active for the first time on Sunday and he produced like he did before he got hurt. He had an excellent burst off of the line and he was active in the receiving game. The Texans still have a shot at the second seed and a first-round bye if they win and the Patriots lose, so look for Foreman to have a prominent role this week since Lamar Miller is questionable and Alfred Blue is just not that good.

DeAndre Carter (HOU) – Demaryius Thomas went down in week 16 with an Achilles injury, and it’s likely serious considering he dropped to the ground without taking any contact. Non-contact injuries are usually season-ending, so look for Carter to step into a full-time role for the Texans. All of the defensive attention will be on DeAndre Hopkins so Carter will find himself with plenty of mismatches and single coverage opportunities to take advantage of. The Texans still have a glimmer of hope for a first-round bye so don’t expect anyone on this offense to let up this week.

Kendrick Bourne (SF) – Bourne filled in nicely when Dante Pettis left the game with a knee injury. Bourne had 4 receptions for 73 yards on five targets, and now with Pettis done for the season, his target volume should go up. I like him for 5-8 targets in this matchup with the Rams where the 49ers will have no choice but to play catchup and air it out.

Equanimous St. Brown (GB) – St. Brown has quietly risen on the depth chart and just had his best game of the season with five receptions on five targets for 94 yards. If Rodgers and Admas both sit this one out. St. Brown could be the featured WR in Week 17.

DaeSean Hamilton (DEN) – Hamilton is still widely owned and he has been the most productive WR since the injury to Emmanuel Sanders. Stop this madness and play him with confidence this week.

Chris Herndon (NYJ) – Herndon had his best game of the season on Sunday and he is going to look to build on that performance in Week 17 against the Patriots. Look for Herndon to be a safety blanket for Darnold this week.

Kyle Rudolph (MIN) – Holy moly Batman! Kyle Rudolph went absolutely ballistic in Week 16 to the tune of 9 receptions for 122 yards and 2 TDs. Enough Said. If he is out there, get him and start him in a must-win matchup for the Vikings in order to keep their playoff hopes alive.

Seattle Seahawks – They are playing the Cardinals. Enough Said.

Carolina Panthers – They will be facing a combination of Teddy Bridgewater and Taysum Hill. Grab them and start them.

Los Angeles Chargers – They are facing the Broncos who will be without Phillip Lindsay. The Broncos just lost to the Raiders. Start the Chargers in Week 17.