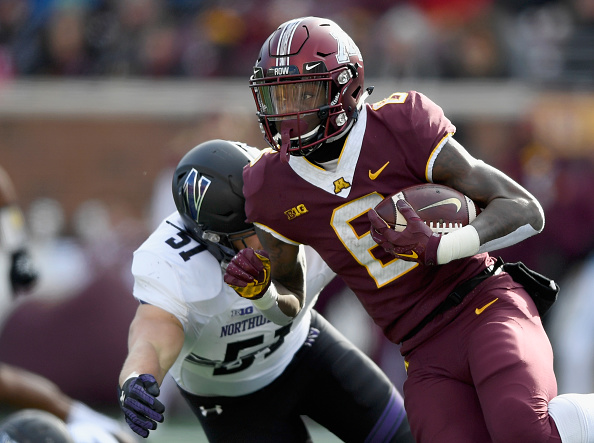 This will be the farewell contest for Georgia Tech head coach Paul Johnson who is resigning as one of the most decorated leading men in Yellow Jacket history. Minnesota is coached by P.J. Fleck. Fleck is finishing his second season at Minnesota and the youthful general is taking his squad to its first bowl matchup as the Golden Gopher head man.

Offensively the Yellow Jackets are a pesky unit to defend. They will run the flexbone triple-option just like the military academies use. They average 335 rushing yards an outing, good enough for second nationally. Most schools have trouble attempting to slow down their potent rushing attack if they don’t have the personnel to do so.

Nate Woody coordinates the defense with his 3-4 aggressive system. They’ve given up nearly 30 points per game in his initial campaign on The Flats. Woody is not expected to be retained under the new coaching staff, but his pack did show some signs of progress as the schedule went on.

Player to watch: QB TaQuon Marshall-11 rushing touchdowns, along with 897 on the ground.

Minnesota is coming off a surprising upset of rival Wisconsin on the road, while the triumph over Fresno State looks like a major coup for Fleck’s plans down the line. Through the air, they can pass the ball with more efficiency because of the more standard system, but that’s not saying much as they’re still unsettled at quarterback.

On defense, Carter Coughlin and Blake Cashman are their standouts. Cashman will not participate as he is headed for the NFL. Coughlin will be involved and is quite the force off the edge with 9.5 sacks. Joe Rossi took over for the final three games of the season as D coordinator and only allowed 49 points in that span. Ex-coordinator Robb Smith’s unit was continuously performing like that was the norm before Fleck made the switch.

This will be the first time duel between these universities. The Yellow Jackets are the favorites according to the spread by 6. On paper, it feels like it will be a shootout with whichever offense has the ball left or scores. The Gophers won this exact bowl in 2015 over Central Michigan 21-14. Meanwhile, the Ramblin’ Wreck is searching for their third consecutive victory in a bowl contest.

When it comes down to it, Minnesota needs this one to stay on the upward path that P.J. Fleck is working for and Paul Johnson wants to go out on top. Either way, the 2018 Quick Lane Bowl will feature two dynamic ground attacks that can put on a show for those who prefer less defense and more offensive prowess.