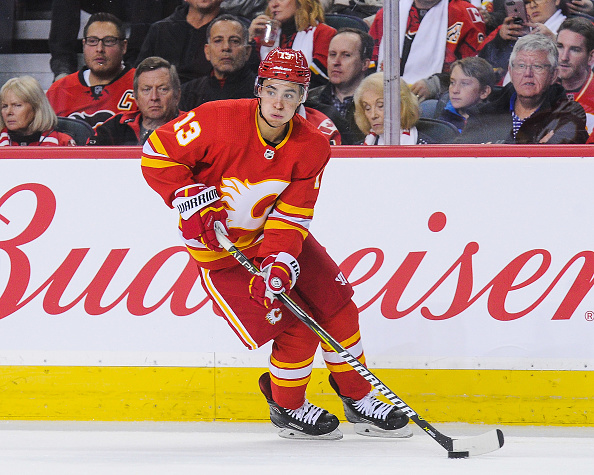 Alex Ovechkin, WAS (at OTT):

Ovechkin and the Caps are going up against one of the worst defensive teams in the NHL. Ottawa will be on the back end of an away-home back-to-back. This game will look even better for the Caps if Mike McKenna is starting this game, but it is yet to be seen if Ottawa will go with McKenna on Friday or Saturday. Washington will be on the back end of a home-away back-to-back, but I don’t think this will affect their play against Ottawa.

Gaudreau and the Flames have been rolling and will face a struggling team in the St. Louis Blues. Jake Allen has looked bad for most of the season and their defense has struggled immensely. Sounds like another seven-goal game for Calgary. Gaudreau has 47 points in 36 games this year and eight in his last five. He is essentially a boom-or-bust because he is known for having many multi-point games, but he could also get blanked. Not against St. Louis though…

Auston Matthews has been hot since coming back from injured reserve and will face a defensively-weak team in the New York Rangers at home in Toronto. With six points in his last two games and 33 in 21 games, Matthews could be in line for a big, multi-point night.

Stacks of the night:

As I said earlier, this could be an offensive explosion for the Flames against St. Louis. I already spoke of Gaudreau, but usually, when Gaudreau scores, Sean Monahan is on the assisting end of the goal. Monahan has been known to light the lamp too this season, with 21 goals in 36 games. Elias Lindholm is having easily his best season to date so far with 17 goals and 21 assists in 36 games as well as an amazing 21 plus-minus. Lindholm is pretty cheap on FanDuel and a possible one-off if you don’t like the whole stack for whatever reason. Matthew Tkachuk is a streaky player who tends to either have a big night or do nothing at all. I think the Flames will have significant time on the power play though, so he should get his points.

Timo Meier and Tomas Hertl have been working great together on line one lately. Meier has seven points in his last six games and 33 points on the season, which is only three points away from his career high. Hertl has eight points in his last six games, for a total of 27 on the year, putting him on pace for a career-high as well. If you play one of these guys, you almost have to play the other. They are also very cheap on FanDuel, Meier being $6200 and Hertl only costing $5400. Against the Kings, you almost have to play these two. Logan Couture is more of a risk for me because he is overpriced, in my opinion, Despite being overpriced, his scoring has been great of late, with eight points in his last five games (four goals). These three are a match made in heaven on a line together. Joe Pavelski is a great, but pricey, add-on if you want to roll with the Sharks power play one unit (which Meier isn’t on). Pavelski is a goal scorer, with 22 of his 29 points being goals. He’s a risky play but could pay off immensely.

This is a very expensive stack, but Winnipeg is playing Vancouver. Jacob Markstrom has been very bad this season and could easily allow more than five goals leading to an offensive explosion. I’m not saying Laine will have another five-goal game, but this PP1 unit could have a monster night.