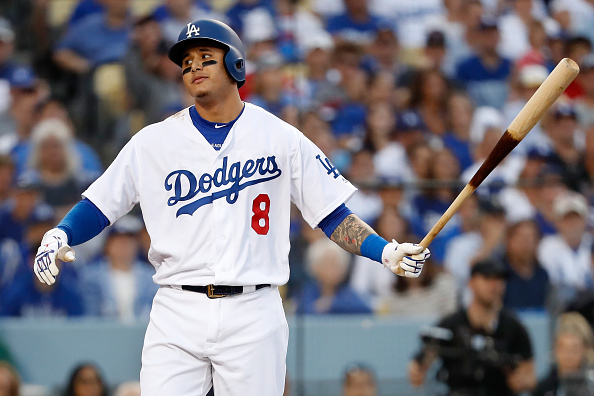 In my last article, I mapped out the possibilities for where Bryce Harper will be playing next year. In that piece, I said that Harper will be a Phillie. I still think that but that could have some serious impact on Machado’s decision. I will format this the same way I did with my Harper article.

EDIT- It is important to note that I finished this blog 20 minutes before the Dodgers and Reds trade. I will give a brief update at the bottom.

Before I proceed, let it be known I despise the Yankees. I hate New York. I’m a Cleveland kid through and through. I was at game 5 of the 2017 ALDS where the Yankees came back from 2-0 on my Indians. Too many Yankee fans, not to say all Yankees fans are bad people but the few that were by me…….oh boy. But moving on……

The only two teams I think Machado will go to are the Phillies and the Yankees. Maybe the White Sox but I really don’t see that. I will break down the choices and give my prediction.

This is a long shot in my opinion. Machado is a big name guy. The White Sox can’t put him in the spotlight with their current roster and overall team outlook. If the White Sox can sell him on being the face of a bad franchise and give him an outrageous amount of money, then they have a shot. It’s also worth noting that Yonder Alonso, whom the Sox just picked up in a trade with the Indians, is Machado’s brother in law. Machado is young, and so are the White Sox so it will be important for the White Sox to pitch him on being the best player on an up-and-coming team.

The Evil Empire. They are building a Death Star. Machado would fit in perfectly with this team. A player who is seen as a big ego going to the most hated team in baseball. No one tell the Yankees that the death star blows up……twice. The big city, the big names, a great ball club, what more could Machado want? Him going to the Yankees would make them instant favorites to win the World Series. Just imagine a lineup with Aaron Judge, Giancarlo Stanton, and Manny Machado. Good luck to any team that can’t match that talent.

In my opinion, the Phillies are going to get either Harper or Machado, but not both. Since I think Harper will go to the Phillies that leads me to believe that Machado will be a Yankee. It just makes perfect sense. It’s where he wants to be, it’s the mecca of sports, and they’re a title contender. Now if Harper goes to the Dodgers, Yankees, or even the White Sox, I think that Machado will be a Phillie. But for now, I’m going to say the Yankees will be where Machado calls home for the next 5-8 years.

WELL HOLD THE PHONE, I submitted this article and left my house for a couple hours and now we are in a whole different world. Twenty minutes after I finished this piece, the Dodgers traded Yasiel Puig, Matt Kemp, Alex Wood, and prospect Kyle Farmer to the Cincinnati Reds for Homer Bailey and prospects Josiah Gray and Jeter Downs. It is reported that the Dodgers will release Bailey. This is an obvious salary dump for the Dodgers. It’s Bryce or bust for the Dodgers. I’m still sticking with my prediction of Bryce Harper to the Phillies and Machado to the Yankees. But like I said the Phillies are getting one of the two, so if Bryce is indeed going to the Dodgers, then Machado is going to the Phillies.

So throw another log on the Hot Stove because things are getting HOT HOT HOT in the MLB. Expect a Harper signing, Kluber trade, or Machado signing in the next week or so.