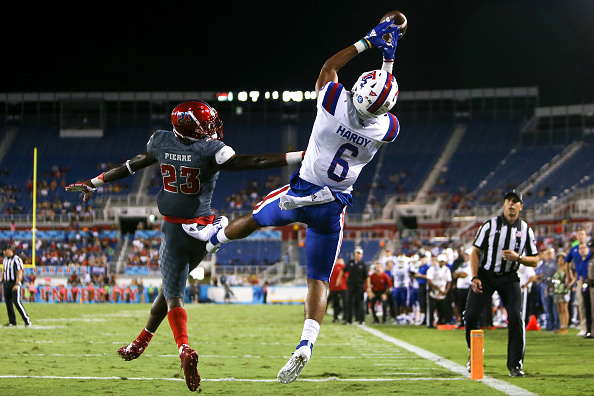 In what is a virtual home game for the Rainbow Warriors. Hawaii comes into it with a little more momentum on their side. Having won their last two games, including an overtime road win against San Diego State. Louisiana Tech would like to extend their record bowl winning streak to five. Having dropped the last two games coming into this Bowl, they’ll look to get back into the swing of things.

Strengths – The Warriors have a long history of quarterbacks that can chuck the ball for huge numbers. Its run-and-shoot offense has served it well this season. Leading the Mountain West in passing yards and ranking seventh in the nation. Cole McDonald has gone off in his first year, throwing for 3,790 yards, 35 touchdowns, and 8 picks. Averaging 8.2 yards per throw on a whopping 464 pass attempts.

The top receiving threat for the Rainbow Warriors has been John Ursua. Full credit to, Ursua, who came back from a season-ending knee injury just a year ago to be named to the 2018 All-Mountain West Conference first team. He is at the top of the charts for national receiving leaders. Including first in touchdowns, fifth in receiving yards, and sixth in receptions.

The Warriors second and third options in Cedric Byrd and JoJo Ward, weren’t half bad either to be fair. Byrd had 939 receiving yards, and 9 touchdowns on 76 receptions. Ward contributed 865 yards and 9 touchdowns with 51 receptions. That’s an incredible arsenal of weapons the Bulldogs will need to deal with.

Weaknesses – While their offense can put up a mountain of points, they can also give up a ton, so don’t expect to see a low scoring affair. Whether it’s stopping the run or stopping the pass, Hawaii hasn’t been very good at either this season. Defensively, they are allowing their opponents to average 35.4 ppg on 438.7 total yards per game, ranking just 111th in scoring defense, and 82nd in opponent red zone scoring.

The Tech offense isn’t that talented, either, that is true. With that said, there are a few players on that team who have the potential, to make things very difficult for Hawaii. With a Warriors pass defense that has given up 27 touchdowns through the air, the secondary is certainly ripe for the picking.

Strengths – This team doesn’t blow you away on either end of the field, but it’s a solid club that is led by their defense. Possessing one of the country’s most dominant pass rushers in senior end Jaylon Ferguson. Those 15 sacks Ferguson accumulated were tied for tops in the nation, while his 23.5 tackles for loss this year ranks first in C-USA and third in the country.

Look for him to make a difference in disrupting Hawaii’s passing game, as he looks to at least tie the all-time NCAA career sack record held by Terrell Suggs, in his last ever College game. He would need 1.5 sacks to tie him.

Louisiana Tech’s defense is perfectly built to slow down Hawaii’s high flying air attack. It has allowed only 6.5 yards per pass attempt, that rates them 32nd overall. Tech’s corners, Amik Robertson and L’Jarius Sneed, are usually pretty solid on the outside. Robertson leads the team in pass breakups with 12, while Sneed leads in pickoffs.

Weaknesses – Offensively, Louisiana Tech has been led by QB J’mar Smith who has completed 57.0% of his passes for 2,875 yards along with 14 TDs & 9 INTs. Smith averaged 279 yards over his last three regular-season games, but he threw more interceptions than touchdowns during that stretch.

Smith struggled over the final eight games of the season, throwing for just five touchdowns while tossing four interceptions. Against a team like Hawaii, who should put up some points, he is going to have to have a big day if the Bulldogs are going to have a chance to win this contest.

The Louisiana Tech backfield has been pretty average. Jaquis Dancy has the ability to bull his way for solid yardage given the chance, averaging 5.6 yards per carry. Running it in for nine touchdowns in 2018 and over 600 yards rushing.

However over those last two regular season games, Dancy had a combined 7 touches. It’s anyone’s guess how he will be used. You gotta imagine though, he’ll be given heavy volume, as they’ll want to minimize that Warriors pass offense.

Ryan Meskell HI PK – The young lad from Canberra Australia, Ryan Meskell was almost perfect this year on extra kicks going 44 for 45. Ranking him fourth in the Mountain West in extra points, eight in points scored and his field goal percentage of 83.3 % was second best in the Conference. He should be quite active in this game.