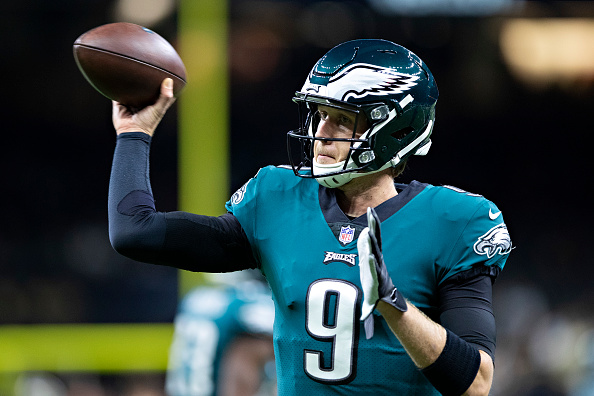 It seems like just yesterday that we were mock drafting three to five times a day leading up to the most glorious day of the year, fantasy football draft day, and now we are preparing for the final matchup to determine the champion. Oh, how time flies when you are having fun!

Congratulations to those of you who are still contending for a title after Week 15, or  “The Red Sunday” as I will be calling it from now until the end of time. Many number one ranked teams saw their triumphant season vanish before their very eyes as players like Andrew Luck, Zach Ertz, Saquon Barkley, Adam Thielen, Eric Ebron, Aaron Jones, Keenan Allen, Cam Newton, Drew Brees, Tyreek Hill, JuJu Smith-Schuster, Phillip Lindsay, Amari Cooper, Jared Cook, and George Kittle all failed to reach 10 PPR points, and all of which were top-ten at their positions heading into Week 15, some top five. It was the most brutal week in fantasy football that I have ever witnessed in my 12-year fantasy career. But now it is time to dust ourselves off and prepare for one last fight.

There are a few players out there on the waiver wire that you can add and confidently start in Week 16, and the Free Agent Acquisition Budget no longer matters. Spend it all because you can’t take it with you, so analyze how much FAAB your opponent has left and how much you need to spend to outbid him. Also, do not stop being strategic, if there are four players available and you have $5 FAAB left and your opponent has $0 FAAB, you can put a $1 FAAB bid on all of them and acquire all four players for yourself. Even if you don’t need the players, you should pick up anyone you think your opponent might try and use against you. That being said, here are the remaining players that may be available and can help you win a fantasy championship!

Nick Foles (PHI) – Foles has done it again. He came off the bench to beat the Rams in primetime in LA, and he is certainly going to start again this week. He takes on the Texans in Week 16 who have a glaring weakness in their secondary. Their defensive front is one of the best in the league so I expect Foles to throw a ton of check downs to the RBs and ton of deep shots to Jeffrey in one on one coverage. There are about 17 other QBs you should start over Foles, but this deep in the season Foles might be the only decent option left.

Jamaal Williams (GB) – Williams is the number one priority on the waiver wire this week. Aaron Jones went down with a sprained MCL on Sunday and Williams stepped up and put down 97 total yards and a TD. Jones is almost certain to miss Week 16 so that leaves Williams as the only RB for the Packers. He was in the same situation last year and he was money for fantasy owners in the playoffs. His floor this week is a high-end RB2, but he easily has RB1 upside.

Kalen Ballage (MIA) – Ballage burst onto the scene on Sunday after Frank Gore left the game with a foot injury. For some reason, Head Coach Adam Gase will not entrust Kenyan Drake with feature touches, so it looks like Ballage will be the primary RB in Week 16. He has a brutal matchup against the Jaguars, but they may have mailed it in after Derrick Henry ripped out their soul. Ballage could see between 14-18 touches in this matchup, so his projected volume makes him a viable FLEX in Week 16.

Elijah McGuire (NYJ) – McGuire made fantasy owners nervous on Sunday, but his day was saved by the Jets’ offensive line when McGuire was stopped four yards short and they pushed the pile into the end-zone. The important thing to note is that he saw 20+ touches again and was able to produce against a tough Houston defensive front. In your championship week, McGuire gets to face a much softer defense in the Packers, so if he is out there on your waiver wire, add him and start him with confidence.

John Kelly (LAR) – Add John Kelly if he is available at all costs. Todd Gurley is dealing with some knee inflammation, and while he may be able to go on Sunday, it is possible that the Rams realize they do not need Gurley to dispose of the Cardinals pretty handily. Do not be the Gurley owner who is left picking up their jaw because the stud RB is getting rest and they have no other options in their title matchup.

Robert Foster (BUF) – Foster is on fire recently with at least 90 yards receiving in four of his last five games. He seems to have emerged as Josh Allen’s favorite target, and he has the speed to take it to the house on any touch. He has the Patriots looming ahead so the game-script should favor the Bills passing game, the only risk in Foster is with Josh Allen’s erratic QB play from week to week. That being said, it is an excellent matchup this week and if you need a fill-in WR, there aren’t many that possess the upside that Foster has.

Robby Anderson (NYJ) – Anderson and Sam Darnold are finally clicking. He has a TD in back to back games and he has seen at least seven targets in three straight. The Jets are looking to build chemistry between their young playmakers down the stretch so they can enter the offseason feeling good about where they are headed, so look for Darnold to continue to pepper Anderson with targets this week against the Packers.

Tim Patrick/ DaeSean Hamilton (DEN) – It has been Patrick and Hamilton who have stepped up in the absence of Emmanuel Sanders, not Courtland Sutton, and either one of them could be the FLEX/WR3 that you need to stabilize your Week 16 floor. Patrick has been the most productive of the two, but Hamilton is clearly Case Keenum’s favorite target. Further, the Broncos take on the Raiders on Monday Night so either player gives you that Monday Night Miracle potential.

Mike Williams/Tyrell Williams (LAC) – Mike Williams went full Derrick Henry on the Chiefs on Thursday Night Football and he may have a similar opportunity on Saturday night if Keenan Allen is not cleared to play. Further, he is available in over 40% of leagues. Both Williams’ should be added this week, and if Allen is unable to go then they should both be in fantasy owners’ starting lineups. Mike Williams is a must-start even if Allen plays because he is a huge red zone threat and Phillip Rivers’ has been trusting him in critical situations.

Evan Engram (NYG) – Engram came out of nowhere this Sunday and led the Giants with 12 targets in the absence of Odell Beckham, Jr. It is extremely difficult to trust any Giants not named Saquon Barkley, but the Giants would be wise to shut Beckham down since there is nothing to play for and Engram could be the target leader once again this week. He has seen 26% of the Giants target share since Beckham has been out and there is no reason to think that it won’t continue. However, if Kyle Lauletta starts instead of Eli Manning, then I am not playing any pass-catchers on the Giants.

Dallas Cowboys – The Cowboys get a chance to redeem themselves at home against a bad offense. After they were embarrassed by the Colts on Sunday, I expect the Cowboys to try and embarrass the Buccaneers in a similar fashion.

Indianapolis Colts – The Colts are coming off of a huge shutout versus the Cowboys and they are going to look to continue their dominance on both sides of the ball. This week they get the ailing Giants, who may turn to their rookie QB at any moment during the game. Fire them up and watch the points surge.

Atlanta Falcons – The Falcons defense is playing at a very high level considering they are not playing for anything. This week, they get to take the rival Panthers who can’t move the football because Cam Newton’s arm is about to fall off.