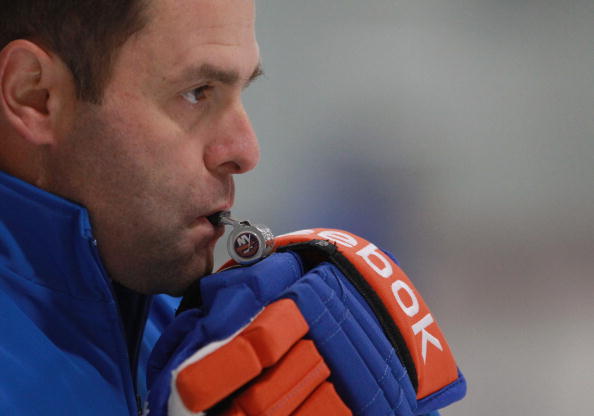 After three seasons and change, Dave Hakstol has been relieved of his duties as the Head Coach of the Philadelphia Flyers. The Flyers have promoted Scott Gordon from the AHL affiliate, Lehigh Valley, to take over the vacancy as an interim head coach.

Gordon, who spent the last four seasons in Lehigh Valley, was formerly at the NHL level as the coach of the New York Islanders. While on Long Island from 2008-2011, he held a 64-94-23 record.

This announcement is coming after a controversial day Sunday, as rumors were circulating that Hakstol was gone. Gordon wasn’t the initial replacement, as former Chicago Blackhawks head coach Joel Quenneville was the front-runner to take over.

The Flyers will reportedly fire Dave Hakstol, and hire Joel Quenneville to be head coach.

But a few hours later, the story started to fall apart as Quenneville’s hiring wasn’t true.

The Philadelphia Flyers are 12-15-4 and are at the bottom of the Metropolitan Division.