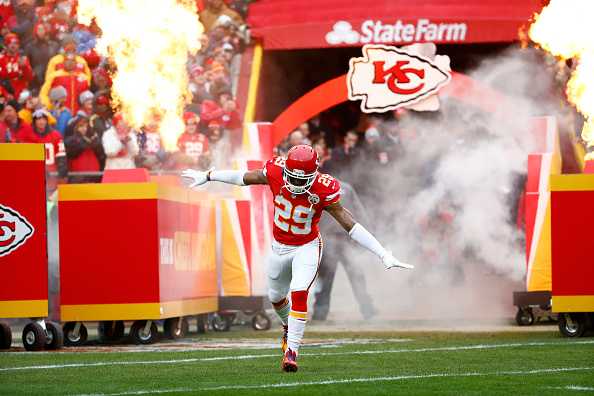 Eric Berry is beloved in Kansas City. Since being drafted he’s overcome an ACL tear and beat Hodgkins Lymphoma. He was scared of horses and he’s the heart and soul of the defense. That’s why when he went down with a torn Achilles in the season opener against the Patriots in 2017, Chiefs fans were waiting for him to come back.

He finally came back against the Chargers in week 15 and was clearly the leader in his first game back. While managing his snaps, at only 30 he was still 3rd amongst his team in tackles and you could tell there was a different swagger when he was on the field. He was quite literally the quarterback on that defense screaming at players to get set and getting everything ready for the ensuing play. Kansas City needs Eric Berry and he’s vital to the Chiefs if they want a chance at the Super Bowl. In only 30 snaps on Thursday Night, he showed he is still the most important safety in the league and as he starts getting more snaps, expect the Chiefs defense to get tougher. This late chip coming at this point in the season could be the deciding factor in January and February. In the first half when Eric Berry played, the Chiefs defense had 4 sacks, 2 interceptions and only allowed 7 points. It was a big difference from the 22 points they allowed in the 2nd half while letting the lead slip.

Can the Chiefs Defense Succeed without Berry?

So you can ask that. Just don’t be mad when I say no. Bob Sutton has been less than desirable this season and there is actually a petition for Sutton to get canned this season. The defense hasn’t been much and has forced the offense into some shootouts. With Berry out there on Thursday, there was something different. Mahomes looked relaxed and there didn’t seem to be much pressure on him. The defense picked off Rivers twice and the Chiefs seemed to be rolling to 10 straight wins against the Chargers and then things changed in the 2nd half and Rivers and the Chargers offense seemed to be unstoppable. You might think one player might not be able to make a difference but let me ask you this. If Patrick Mahomes wasn’t playing, would the Chiefs be anywhere near an offensive powerhouse that they are now? The short answer is no. That’s the kind of impact Eric Berry makes on the defense and he just makes the group better.

Can the Chiefs win without Berry?

Through 14 games the Chiefs are 3-3 against teams that are expected to be in the playoffs. All 3 losses came with the opposing quarterback having the ball last, and this team isn’t made for defensive slugfests. They need that player that can coordinate the defense on the field, especially with a defensive coordinator who at times doesn’t make the right decision. Berry can direct his defense and put them in the right place. I’m not gonna say they won’t win without Berry, made obvious by their 11-3 record and holding the #1 seed in the AFC for now, but with Patrick Mahomes and this high-powered offense along with a competent defense led by the smartest safety in the league, this team will be a tough one to beat.