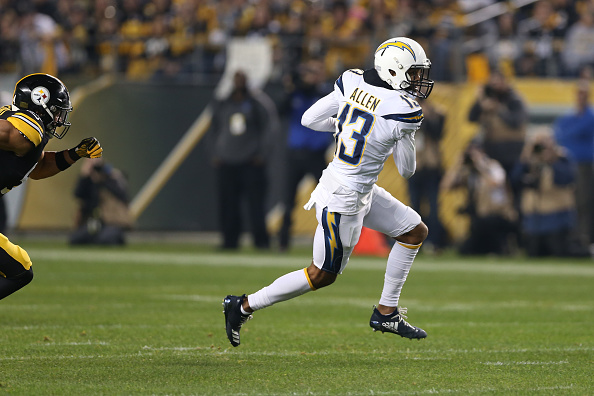 Week 15 of the NFL season is upon us. The quarterfinals or semifinals in the fantasy playoffs are what matters at this moment. If you were lucky enough to survive this far, then you know exactly what it takes to advance for a championship opportunity. Here are the latest PPR Rankings to help you get one step closer to the ultimate goal of becoming a fantasy legend.

1. Todd Gurley vs. Philadelphia-The Eagles season may be over with Carson Wentz all but done for the year and the Rams need to keep winning for a shot at home field advantage. Look for Gurley to run wild on Sunday.

2. Christian McCaffrey vs. New Orleans-McCaffrey may lead owners to a title with his performances in his last 7 games, and his final 3 outings.

3. Ezekiel Elliott @ Indianapolis-The plan is simple here-Keep feeding Zeke! Although the Colts defense has been tough on running backs.

4. Saquon Barkley vs. Tennessee-The Titans D stifled the Jags in a must win. Now Barkley must face them after tearing through the Redskins for 297 total yards.

5. Phillip Lindsay vs. Cleveland-Lindsay managed to get in the end zone in an underwhelming showing at San Francisco. He should do much better down the stretch, especially at home with Cleveland coming to town.

6. Alvin Kamara @ Carolina-Kamara has cooled off but has still been productive enough as an RB2. He’s overdue for a monster output.

7. Joe Mixon vs. Oakland-Mixon’s the lone constant remaining for the depleted Bengals offense.

8. Leonard Fournette vs. Washington-Fournette will attempt to copy Saquon Barkley’s production in this winnable home tilt.

9. Dalvin Cook vs. Miami-Not getting too many attempts or receptions but is making the most of it in his last three contests.

10. Chris Carson @ San Francisco-The 49ers held the Broncos in check, but the Seahawks seem to be steering the ship in the right direction at the correct time. Carson is an RB2 in this NFC West battle.

1. Keenan Allen @ Kansas City-Five straight games with a touchdown, while snagging 8 for 108 and a TD in the week one loss to the Chiefs.

3. Michael Thomas @ Carolina-11 grabs a week ago. The Panthers defense is struggling but has shown how to slow down stars in certain matchups.

4. Tyreek Hill vs. L.A. Chargers-Burned the Chargers in the first meeting for over 170 combined yards and 2 Td’s.

5. Antonio Brown vs. New England-Brown had his worst performance against an ascending Raiders secondary. Now he matches up with the Patriots where they will look for more of the same to what Oakland did last week.

6. Adam Thielen vs. Miami-The Vikings are in desperate need of a win with new offensive coordinator Kevin Stefanski so the Vikings would be wise to get the football to their playmakers often.

7. Julio Jones vs. Arizona-A must-see individual duel between him and Patrick Peterson.

8. DeAndre Hopkins @ N.Y. Jets-Hopkins has 22 targets over the last two as the Texans try to start another winning streak on Saturday.

9. JuJu Smith-Schuster vs. New England-It’s difficult to shut down both Brown and Smith Schuster in a battle the Steelers must have for the postseason.

10. Odell Beckham Jr vs. Tennessee-Five scores in his last 5. The Giants offense is finding ways to get the ball in their standout’s hands recently. He is having his quad looked at so stay aware of his availability on Sunday.

1. George Kittle vs. Seattle-Broke a record for tight ends that Hall of Famer Shannon Sharpe held for quite some time. Kittle has become unguardable anymore.

2. Travis Kelce vs. L.A. Chargers-Only 1 catch for 6 yards in the opener. Patrick Mahomes should throw it Kelce’s way a lot more on Thursday night.

3. Jared Cook @ Cincinnati-Cook ought to stay hot playing the Bengals as long as he doesn’t drop too many passes here and there.

4. Eric Ebron vs. Dallas–Andrew Luck will continue to pass it to Ebron since the two are consistently on the same page.

5. Rob Gronkowski @ Pittsburgh-Gronk will remember the failure of mishandling the Miami miracle more than his 8 grabs for 107 yards and a Td in that memorable encounter.

6. Zach Ertz @ L.A. Rams–Nick Foles would be smart to identify his All-Pro tight end if Wentz goes to injured reserve.

7. David Njoku @ Cleveland-Don’t anticipate Njoku to accomplish half of what Kittle did a week ago, but it’s not out of the question to hope for at least 50 yards and a touchdown.

8. Ian Thomas vs. New Orleans-He’s filling in admirably for Greg Olsen. 14 receptions on 16 targets in the past two.

9. Evan Engram vs. Tennessee-The Titans are best at defending tight ends so Engram might be in for a bad outing come this Sunday.

10. Vance McDonald vs. New England-Remains a low-end TE at a such a weak position.