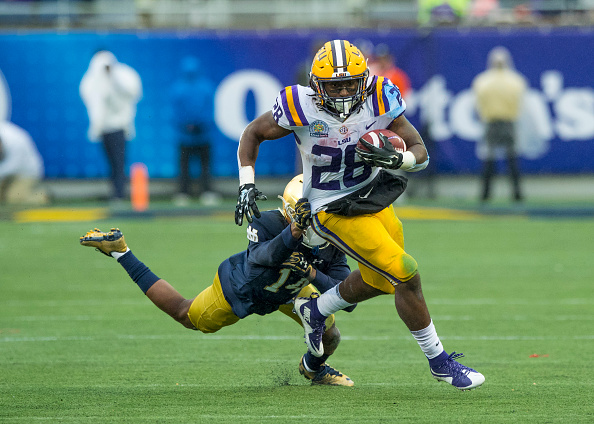 By now everyone has heard of the dilemma at the Kansas City Chiefs running back position. In February, Kareem Hunt was involved in an altercation in a Cleveland hotel where he allegedly assaulted a 19-year old girl.

We are now in December and new video surfaced showing that what Hunt said was a slight exaggeration, or if you want to be blunt about the situation, a complete lie trying to cover his tracks so he wouldn’t get canned before the season. Here we are now and the video of him attacking two females and shaking off his entourage like they were high school safeties has surfaced and Hunt is no longer a Chief. The question I have been hearing is what happens to the Chiefs backfield? Who takes his spot as the starting running back?

The obvious answer to this is Spencer Ware. After all, Ware was the starting back before he went down with an ACL tear at the beginning of 2017. Hunt stepped up and proved he was the starting running back, took the job, and never looked back. The situation is hairy and there are a lot of moving pieces and you could tell the Kansas City Chiefs looked a little off when they played the Oakland Raiders allowing 33 points against a team that has looked shaky all season while posting a (2-9) record. Luckily Patrick Mahomes did Showtime things and threw for 295 yards and four touchdowns to save the Chiefs from an upset like so many teams fate for this week. Everyone in the Chiefs Kingdom expected Spencer Ware and Damien Williams as the next guys up in the backfield. One player I have seen overlooked is Darrel Williams.

The undrafted free agent in the past draft hadn’t seen any playing time until this recent game against the Raiders with one carry going for a whopping zero yards. The Kansas City Chiefs signed Charcandrick West which could cause more confusion in the backfield. Still, Darrel Williams was stuck behind Leonard Fournette and Derrius Guice in the backfield at Louisiana State but still proved enough to be signed as a free agent. Williams is built like a truck, standing 6’1″ and weighing in at 230 pounds. The man is a beast and is built a lot like Kareem Hunt, albeit maybe not as quick. He’s hard to bring down and as he gets more carries, expect him to push for that starting job come next season when we can really start to evaluate them. Keep an eye out on the running back position in Kansas City as the season progresses and the offseason as the coaches start to get a feel for each player after their star running back was released on Friday. Expect a Kansas City Chiefs playoff run as they battle for the one-seed in the AFC.

Darrel Williams hasn’t had a lot of opportunities to prove himself, but look for that to change as Hunt is out of the picture and the Chiefs will be looking at multiple backs clearly shown by the signing of West. Keep your eyes out on the backfield of the Kansas City Chiefs as drama ensues and you have four capable tailbacks ready to battle for the starting job as the Chiefs jockey for a playoff spot and a potential first seed.