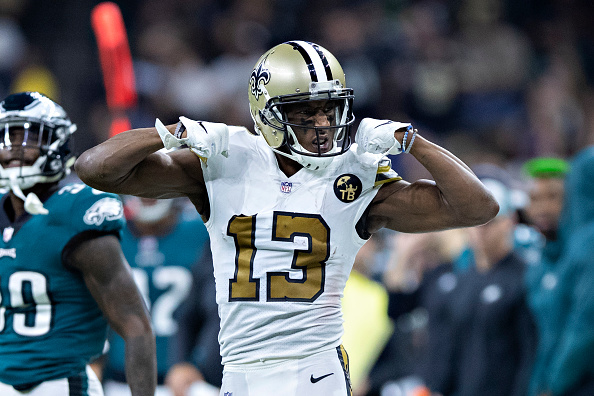 Week 13 in the NFL is here. The fantasy playoffs are just one week away in most leagues and bye weeks are officially complete. It’s time for the laser focus needed to commence if one is so inclined to bring home a fantasy championship this season. Here are the latest PPR rankings for the pivotal week 13 must start matchups.

1. Kareem Hunt @ Oakland-The entire Chiefs offense is salivating to run and throw all over this abysmal defense. They have the potential to put up 50 points on this Raiders defense.

2. Todd Gurley @ Detroit-The Rams are back and that means more touchdowns and loads of fantasy points for the top running back in fantasy.

3. Christian McCaffrey @ Tampa Bay-McCaffrey went off versus a stingy Seattle defense. Imagine what he can accomplish against the Bucs shaky defense.

4. Ezekiel Elliott vs. New Orleans-If the Cowboys want to win this massive home game, they must involve Zeke as much as possible.

5. James Conner vs. L.A. Chargers-Conner should bounce back nicely. He plays better at Heinz field than he does away from there.

6. Alvin Kamara @ Dallas-Kamara only caught one pass in the Atlanta win. He’ll find more targets in Dallas, relying on him to help the Saints on the road.

7. Saquon Barkley vs. Chicago-Not the easiest outlook for Barkley and the Giants offense, but he’s just too talented to hold down.

8. Aaron Jones vs. Arizona-The youngster is performing well lately and this looks like a big boom type of play in week 13.

9. Joe Mixon vs. Denver– Mixon tallied 155 combined yards in the loss to Cleveland. New QB Jeff Driskel has to lean on Mixon and others if the Bengals want to remain in the playoff hunt.

10. Phillip Lindsay @ Cincinnati-This undersized bulldog back is on a roll. The Broncos will likely put the football in his hands more down the stretch as well.

1. Antonio Brown vs. L.A. Chargers-Big Ben has attempted 106 passes the last two outings. His throwing spree will keep benefiting for all of the Steelers receivers in this Sunday night showdown.

2. Tyreek Hill @ Oakland-Hill should be able to get behind the defense on Sunday for some deep bombs against a suspect secondary.

3. Julio Jones vs. Baltimore-In seven out of his last eight ballgames Jones has earned 100 plus yards. The Ravens are stingy on pass catchers, but Jones is always a WR1.

4. DeAndre Hopkins vs. Cleveland-Hopkins was rather quiet in the Monday night win because Demaryius Thomas finally dipped into his production. Denzel Ward will give all Hopkins can handle in this one too.

5. Davante Adams vs. Arizona-Adams found the end zone again in a disappointing loss to Minnesota.

6. Odell Beckham Jr. vs. Chicago-Beckham managed nine targets in the Philly defeat. It’s going to be a little tougher with the Bears in town this Sunday.

7. Michael Thomas @ Dallas-Thomas had his worst outing of the season on Thanksgiving. The Cowboys are another stern test for the off the charts Saints passing attack.

8. Adam Thielen @ New England–Bill Belichick is known to take away an opponent’s prime star on a weekly basis. Will it be Thielen’s turn this time?

9. Mike Evans vs. Carolina-Evans endured his worst performance of the year in the first meeting. Only one grab on ten targets, but he’s coming off a 116-yard outing in the San Francisco victory.

10. A.J. Green vs. Denver-Green said he was going to play, so that means put him in your lineup and let him do his work.

1. Travis Kelce vs. Oakland-The Raiders defensive backfield has had problems covering tight ends for years now and Kelce is in line for a monster day in the Oakland Coliseum.

2. Zach Ertz vs. Washington-Ertz rebounded with 91 yards and a score in the New York triumph.

3. Rob Gronkowski vs. Minnesota-Gronk returned with 3 snags for 56 and hooked up with Tom Brady for a trip to the house.

4. Greg Olsen @ Tampa Bay-Olsen dropped a touchdown pass in the Seattle defeat that would have made his numbers more worthwhile. This seems like a contest where Olsen gets his way back in the end zone again.

5. Cameron Brate vs. Carolina-Brate is a near lock to score weekly with him being a serious threat in the red zone for the Bucs.

6. George Kittle @ Seattle-The #1 main guy in the 49ers passing attack is in for an intense battle in the home of the 12th man on Sunday afternoon.

7. Eric Ebron @ Jacksonville-With Jack Doyle sidelined indefinitely, Ebron will get heavy looks from Andrew Luck from here on out.

8. Jared Cook vs. Kansas City–Derek Carr‘s security blanket snagged an outrageous TD pass in Baltimore. Carr still tends to eye Cook on the most imperative throws almost every time out.

9. Jordan Reed @ Philadelphia–Colt McCoy is leaning on his tight ends more and more as each week goes by.

10. David Njoku @ Houston-The Browns jumped on the Bengals in the first road win in what seemed like forever. Njoku scored in the jungle and is getting involved with Baker Mayfield, as both are growing a solid repertoire together.