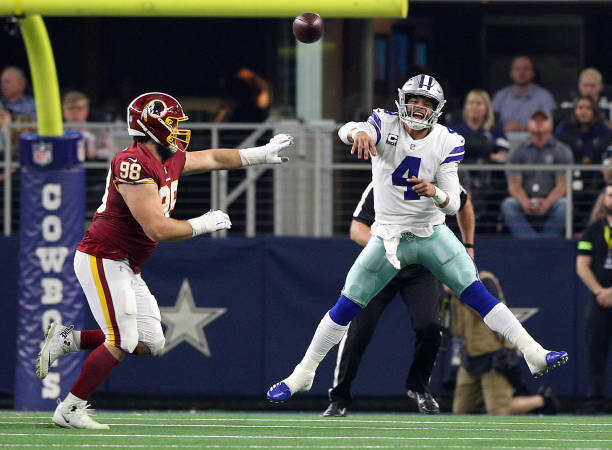 Here we are. It’s the final week of the fantasy regular season. This season has come and gone in the blink of an eye and sadly it will be the end of the line for some of us. For others, this week means everything. Win or go home. In or out. Hopefully, last week’s options brought you closer to the playoffs and hopefully this week’s options lock you into the playoff picture. Let’s check out those options from last week and then look ahead to Week 13. By the way, David Moore my boom play from last week went off this week, as per usual with my deep selections.

Chris Herndon: 9.2 pts, 7 receptions, 57 yds – Rookie TE on the rise. Might be the last TE worthy of starting on the waiver wire

Lamar Jackson continues to roll for the Ravens. He is now 2-0 as a starter and had another good fantasy day in Week 12. His rushing ability provides him with a very high floor and his expanded passing attack from Week 12 allowed him to eclipse 20 fantasy points for the first time. A matchup with the Kansas City Chiefs should force Jackson to continue to gain massive yardage on the ground as well as step up in the passing game.

*If Joe Flacco remains OUT and is not named the starter

Dak Prescott will attempt to keep up with Drew Brees and the New Orleans Saints offense this Thursday. Tasked with the impossible, Dak offers fantasy upside nonetheless. The New Orleans run defense is one of the best in the league so Dak will certainly have plenty of opportunities to throw the ball. On a lesser scale than Jackson, Dak offers a nice rushing element to his fantasy outlook with five rushing touchdowns in his past six games. The Saints defense is playing much better as of late, but so is the Cowboys offense. In Jerry World, Dak should have a nice day as a streamer.

Chris Herndon is slowly becoming the best tight end streaming option left in fantasy football. He is producing at a high level averaging 9.2 fantasy points in his past six games including 9.2 points in Week 12 against the Patriots (see above for stat line). Herndon hasn’t scored in three games after scoring in three straight prior to that, but he is producing in yardage and receptions now. It should only be a matter of time before the touchdowns and the receptions and the yardage all come together at once to make Herndon a rock-solid TE1. That may not come to fruition until next season, but for now, Herndon is producing as a top end streamer, at least. The Titans defend tight ends well, but Herndon has been the most consistent Jets passing option for the last few weeks so his role seems secured. Jack Doyle had 4 receptions for 46 yards against the Titans in Week 11 and I would expect something similar to that for Herndon.

Jonnu Smith is finally becoming a part of the offense. He has been the starter since Week 2 after Delanie Walker went down in Week 1 but has only just recently started getting attention. The Titans offense turned a corner against the Dallas Cowboys in Week 9 on Monday Night Football and by no coincidence, Jonnu Smith has been fantasy relevant in those weeks since. In that span, Smith has averaged 10.8 fantasy points, including touchdowns in three of those four games. Smith has solidified a role in the offense making him a worthy streamer.

The Titans defense struggled against the Houston Texans in Week 12 and against the Indianapolis Colts but they have been one of the stouter defenses on the season. In Week 13 they will get the chance to regain their form against a lowly New York Jets offense in Tennessee. The strength of the Titans is their run defense, which means if Sam Darnold returns, there is a good chance for one or two interceptions as the Jets will likely be stymied on the ground all game long. The Titans can load the box and force the Jets to throw the ball, there aren’t any weapons that riddle you with fear as a Titans owner. The Jets may score one or two touchdowns but they haven’t scored more than 17 points in their last five games.

Josh Rosen on the road in Lambeau Field in the winter. A southern California kid who plays in a dome in Arizona might not like the weather he encounters up in Wisconsin in this matchup. Rosen is T-4th in interceptions thrown this season with 11 and the Packers are T-3rd in the league for sacks. Getting Rosen under pressure early and often in a hostile environment in a must-win game for the Pack smells like a recipe for success for their defense.

The Panthers are in a must-win game on the road against Tampa Bay, the league’s worst defense so there should be plenty of scoring opportunity for Gano. He made six extra points against Tampa Bay earlier in the season. It should be almost impossible for Carolina to find that much success getting into the end zone without needing to attempt a field goal or two this time.

Colt McCoy is now the starter in Washington and that may just be a good thing for the Redskins pass-catchers. McCoy is more of a gunslinger than Alex Smith; meaning, outside receivers, like Doctson, are going to get more opportunity. In McCoy’s first start last week, Doctson had six catches for 66 yards against a good Dallas secondary, good for his best performance of the season. This week he will face the most depleted secondary in football in the Philadelphia Eagles and should get his fair share of chances. As the main red zone target for the Redskins, he offers touchdown upside as well.

Ty Montgomery had 8 rushes for 51 yards and 3 receptions for 13 yards in Week 12. His rush attempts came in garbage time, but it seems that he has taken over the third-down back role from Javorius Allen so he is now the receiving back in Baltimore. Gus Edwards has zero targets in his two starts; meaning, that if the Ravens fall behind this week against the Falcons, Montgomery could be in for a major workload in the passing game. Jackson is still an unproven downfield passer so he could look to check down often. Montgomery is a playmaker and against the Falcons defense, he could turn his chances into a fine fantasy day.