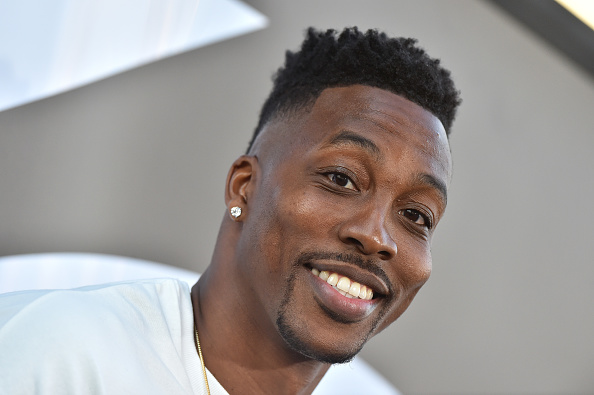 Dwight Howard probably didn’t have the best Thanksgiving weekend this year. At least not after trending on Twitter as the top result worldwide throughout Friday evening.

To sum things up for anyone reading this who is unaware, a man named Masin Elijè came forward on Twitter and alleged that Howard had previously dated him, attended what he termed “transgender sex parties” behind his back, and subsequently threatened him, harassed him and stalked him once he found out.

I was afraid to speak but today my life was threatened after I was sexually harassed, threatened and manipulated, by someone I respected, my ex boyfriend NBA player Dwight Howard, and his camp also “”catfished”” by his disrespectful ass PASTOR pic.twitter.com/n1I1fwDcUw

I’d have to say, even with all the drama the league’s already seen this year, it is pretty indisputable that this story takes the cake easily.

Social media and various fringe tabloids latched onto these allegations and attacked the Washington Wizards center, making him into the butt of jokes for all sorts of different parts of what was alleged including, hilariously, being “a 6’11” bottom”. Come on, that’s ridiculous. There’s no way he’s an inch above 6’9″.

In all seriousness though, the harassment, threatening, and stalking are all really serious accusations being levied against him, and it’s nice to see they’re being taken seriously.

See, this is one of those times where people need to remember the due process.

Especially since the evidence is right in front of us. And also very clearly faked.

Take a look at evidence #1.

Fast forward, I’m finally face to face with Dwight! And after that day, from my understanding we had a understanding. So I’ll just upload this screen record here just in case his team decides to lie. (Ain’t no girl gon ask you this) pic.twitter.com/JMfhPbUJL0

Considering you cannot disable text bubbles on Instagram DMs, it’s curious that his own texts don’t have any. Basically, he forgot to even put in text bubbles around his own fake messages.

Fast forward, he’s in season and I was unable to travel to every game but every night he’d call me and pretty much same ol same ol pic.twitter.com/HD9hyJg5Mh

He releases this phone recording, along with a few others, from various calls Dwight made to him. Except, again, it’s clearly not Dwight Howard.

Don’t believe me? Listen to this.

That’s an interview where you can actually hear Howard’s voice, and it’s easily apparent that his pitch is different, his tone and voice frequency is different, and even his accent is different from the audio Elijè released!

But even beyond the fact that Elijè’s evidence is easily disprovable, his own background makes him even less believable than he already is. Elijè (whose legal name is supposedly Maurice Singletary) is the owner of an online hair boutique who is selling a book titled “Industry Hoe”, and has been aggressively attempting to go viral since his book was released in September. This includes numerous stunts including, just last week, publicly sharing a message he apparently received from his “homophobic” mother.

Then there’s the fact that, last year, when he was in charge of a different Twitter account (Masin Elij, as opposed to the current one, Masin Elijè), he was accused by multiple people who had screenshot evidence (that actually had text bubbles!) of scamming them out of money. He performed this by selling phones and cameras and then sending either nothing at all or a box full of rocks. Elijè would have the unfortunate victims wire the money to him so that they could not receive a refund.

Hey @MasinElij my friend just bought a camera from you for $300 that you didn't send & then blocked her. You a scammer orrrr??!

And we know you got the money sis, TEXT UPDATES on that ass pic.twitter.com/Vjm7JOvqH7

But the most damning thing is this: He’s already done this before. The reason why Elijè had to leave his previous account is that he tried to pull this same trick with rapper Playboi Carti last year, and he got caught.

My verdict on Dwight: Not guilty.