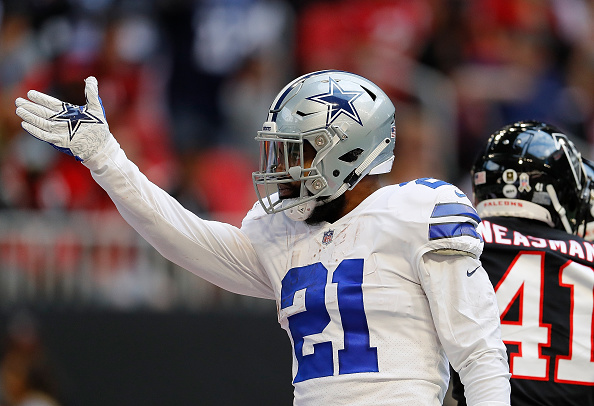 In a game they desperately needed in order to gain control in the NFC East, the Dallas Cowboys came up big in claiming a 31-23 victory over the Washington Redskins on Thanksgiving day. They’ve won three straight games, since a 28-14 loss to the Tennessee Titans, where they looked dead in the water. Amari Cooper had a bit of a coming out party, contributing back-to-back third-quarter touchdowns.

With the Redskins losing control of the NFC East, along with not having Alex Smith the rest of the stretch run, it will be assumed by many observers, that the Cowboys have turned the tide, and should able to grab the division by the scruff of the neck without much opposition here on out. They are sitting pretty and feeling good about where they are, but is it really that cut and dried?

The Washington Redskins will have a much easier remaining schedule on paper, you could argue. They have the Eagles, Giants, Jaguars, and Titans. Four teams with a combined record of 16-27. Over the last four games, they’ve struggled, dropping three of them. Although still with a fighters chance, the clock’s ticking to salvage what’s left of their season.

This will be down to Colt McCoy and whether or not he can step up to the plate for the Redskins. Really there should be no excuses for not at least giving the Cowboys a run for their money the rest of the way with the upcoming slate of games.

Philadelphia now at 5-6 with their win Sunday against the New York Giants, are still very much in it. They can actually take control of things in the NFC East when they face the Redskins at home on Monday night. A loss could just as easily put an end to their playoff hopes.

The addition of Amari Cooper seems to have given the Cowboys quite a boost you could say. Over the last number of games since the trade, Ezekiel Elliott has had three performances with over 120 yards rushing, including a touchdown in each, and averaging nearly six yards per carry.

Dak Prescott has become serviceable as the field general in the last few weeks. In the first eight games, he threw five interceptions and fumbled seven times. Since the Tennessee game, his decision-making has been a lot smarter, and he has not turned the ball over since then. Now is that going to continue once they start to get into more shootout type scenarios down the stretch, and he can’t fall back on Elliot as much as before?

The remaining schedule is not easy, but it also isn’t extremely difficult, with their toughest game coming up next against the New Orleans Saints. This next game will be looked at as the real test. It would say quite a bit about the Cowboys, and how they stack up against the best. No team is averaging more points per game this season than the Saints.

Elliott will be used heavily in the game plan if they expect to have any shot. Keeping Drew Brees off the field for as long as they can is a necessity. Having said that though we’re going to need to be realistic. They will need Dak Prescott, Ezekiel Elliott, and Amari Cooper to step up with the game of their lives. Drew Brees and his trio will get theirs. It’s just a matter of how long Dallas can hang.