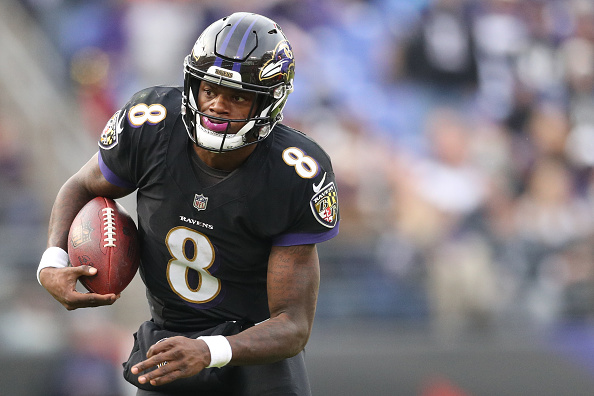 Hello, Patrick Mahomes and Jared Goff owners. Welcome to Week 12 edition of streaming options. After Monday’s performance, I’m sure you’re sick to your stomach thinking that you have to start somebody else at quarterback. There is hope for you, I would feel less anxious than a Travis Kelce owner who needs a win this week. If you are that Travis Kelce fan, we’re going to try to get you a touchdown with your TE streamer in Week 12. The tight end wire doesn’t really offer much more than a touchdown prayer at this point.

Marcus Mariota: 3.1 pts – Left game before halftime due to injury

It’s Jameis’ team. Again. He has been named the starter by Head Coach Dirk Koetter. The Tampa Bay quarterbacks put up great fantasy numbers when they start barring massive turnover games. This week Winston will face the 49ers defense at home, which makes me very excited for you soon-to-be Winston owners. The 49ers allowed Eli Manning to toss three touchdowns with ease so I expect Jameis to have a big day.

Lamar Jackson rushed 27 times for 117 yards last week in his first start. 27 times. That is an NFL record for a QB. He threw for 150 yards and was responsible for no touchdowns but still managed 15.7 fantasy points. If the Ravens follow a similar game plan against an even more so inferior defensive opponent, Jackson should find the end zone at least once on the ground and even through the air. The Ravens will rely on their defense to win the game so Jackson will see a similar stat line with the upside of touchdowns.

*If Joe Flacco is ruled OUT

Vance McDonald has surpassed the 50% ownership mark in ESPN leagues so he won’t be featured, but if he is available in your league he is likely the best, most consistent option on the wire to consider at the tight end position.

Cameron Brate should be considered at the top of the list for tight ends this week because the starter in Tampa Bay, OJ Howard went down with an ankle injury last game. Howard’s status for Week 12 is up in the air meaning if he can’t go Brate will step into a TE1 role and have a strong possibility of scoring a touchdown. Brate has a good connection with Jameis Winston, which bodes well for Brate as well. Even if Howard is active, Brate will likely see more playing time anyway making him a dart throw for a score in that scenario.

*If Howard is OUT, Brate is the top streaming option

Jonnu Smith is on a little hot streak over the past three games. He has scored 7.4 points or higher in those games and has scored a touchdown in two of three. This past week against the Colts was his best receiving day, and it was the game without a touchdown. The tight end had 6 receptions for 44 yards last week, easily eclipsing season-highs in both categories. That might have had to with Blaine Gabbert stepping in as the quarterback for Tennessee after Mariota went down, but regardless, Smith is starting to be involved in the offense at a streamable level.

Chris Herndon is a rookie tight end for the New York Jets who is starting to make noise as a fantasy tight end. Over the past five weeks, Herndon has averaged 9.2 fantasy points, which is good for TE10. Herndon has sneakily been a very productive option at the position over the past five weeks. The problem with Herndon is that his targets are not certain each week. He is certainly one of the top, if not the top red-zone option for New York, but the question remains if they can even get to the red zone. Herndon should have his opportunities this week against an average New England defense. He could be the perfect streaming option with 2-4 catches and a touchdown.

Washington is completely depleted offensively. Four starting linemen are injured and Alex Smith, unfortunately, suffered the most gruesome injury of the season on Sunday and he is out for the season. The Redskins are left with linemen picked up off the street and a backup QB in Colt Mccoy. The Cowboys have a good pass rush and are playing good team defense as well after limiting the Falcons to 19 points on the road.

The Bills will host the Jacksonville Jaguars this week so this should be a low scoring affair with a few Blake Bortles mistakes. The Jaguars should be able to run on the Bills but the Bills will be able to turn all their attention to Leonard Fournette and hopefully stop him enough. In a week with bad matchups for streaming defenses, Buffalo offers a top option at home.

Robbie Gould is coming off his best game of the season in Week 10 and is almost a lock for at least seven points. The 49ers offense has been much better than expected with Nick Mullens at the helm and they should be able to move the ball against Tampa Bay.

Elijah McGuire is taking over the backfield in New York. He had one less carry than Isaiah Crowell in Week 10 and is the preferred passing back. This week he takes on New England so the Jets will certainly be playing catch up for some if not all of the game. McGuire had low yardage totals in his first two games back from IR but as he knocks the rust off, bigger plays are bound to come. He has a strong floor of 7.2 points so there is good upside here when a touchdown comes into play.

Adam Humphries’ consistent success has been clouded by bigger receiver and tight end names in Tampa Bay as well as the quarterback debacle. Humphries has averaged 11.9 fantasy points since the team’s Week 4 Bye. He is consistently getting targets and touchdown opportunities. He really is the defense’s fifth concern in the passing game and he has reaped the benefits of the soft coverage. There should be plenty of passing opportunities in this game for Winston given that the defense can’t stop anyone so Humphries should benefit.