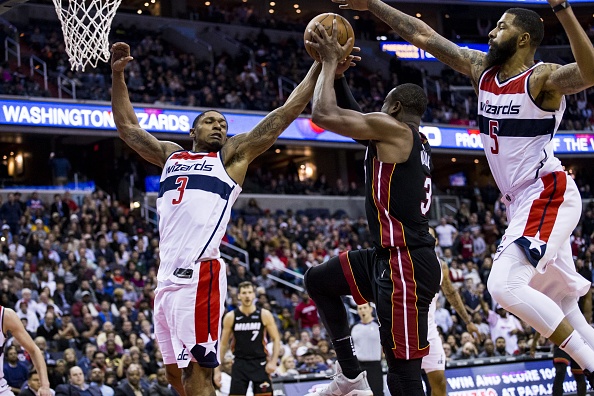 Just when it looked as if the Washington Wizards were improving, they dropped two straight games at home. They have obviously been one of the most disappointing teams this season, sitting with a record of 5-11. Despite having a talented roster, the team has looked listless on both ends of the floor so far. As a result, the Wizards have made everyone – including John Wall and Bradley Beal – available.

As the Washington Wizards’ season spirals, the franchise has started to deliver teams an impression that every player on their roster — including All-Star guards John Wall and Bradley Beal — is available for discussion in trade scenarios, league sources told ESPN.

Washington’s preference remains to reshape the team around Wall and Beal, but poor play among key teammates is limiting their trade value and paralyzing the Wizards’ efforts to make meaningful changes to a roster that no longer appears functional together, league sources said.

Washington has tried to acquire a third star to pair alongside Wall and Beal by packaging forwards Kelly Oubre and Otto Porter in deals. However, they never gained any traction on deals with Porter, who is in the second year of his enormous four-year, $106.5 million max contract, while Oubre has not been consistent enough to interest teams.

Of the two Washington stars, Beal has more trade value given his 3-point shooting ability, being on a friendlier contract, and the fact that he is also three years younger than his backcourt partner. Wall, on the other hand, has an impending max contract extension that will kick in 2019-20, with the guard making $46.8 million in the last year of his deal.

Because of Wall’s impending contract extension, it’s difficult to find a team that would be willing to acquire him. The Miami Heat obviously need a star, but outside of Josh Richardson and Bam Adebayo, there isn’t anyone on the roster I could see the Wizards being interested in. Moreover, the Heat are already capped out and taking on Wall would not help them compete with the East’s top teams.

In the end, changes need to be made and it appears the Wizards are finally beginning to accept that. If I had to guess, I would have to say that Beal gets moved considering his value around the league. We’ll see what happens though.